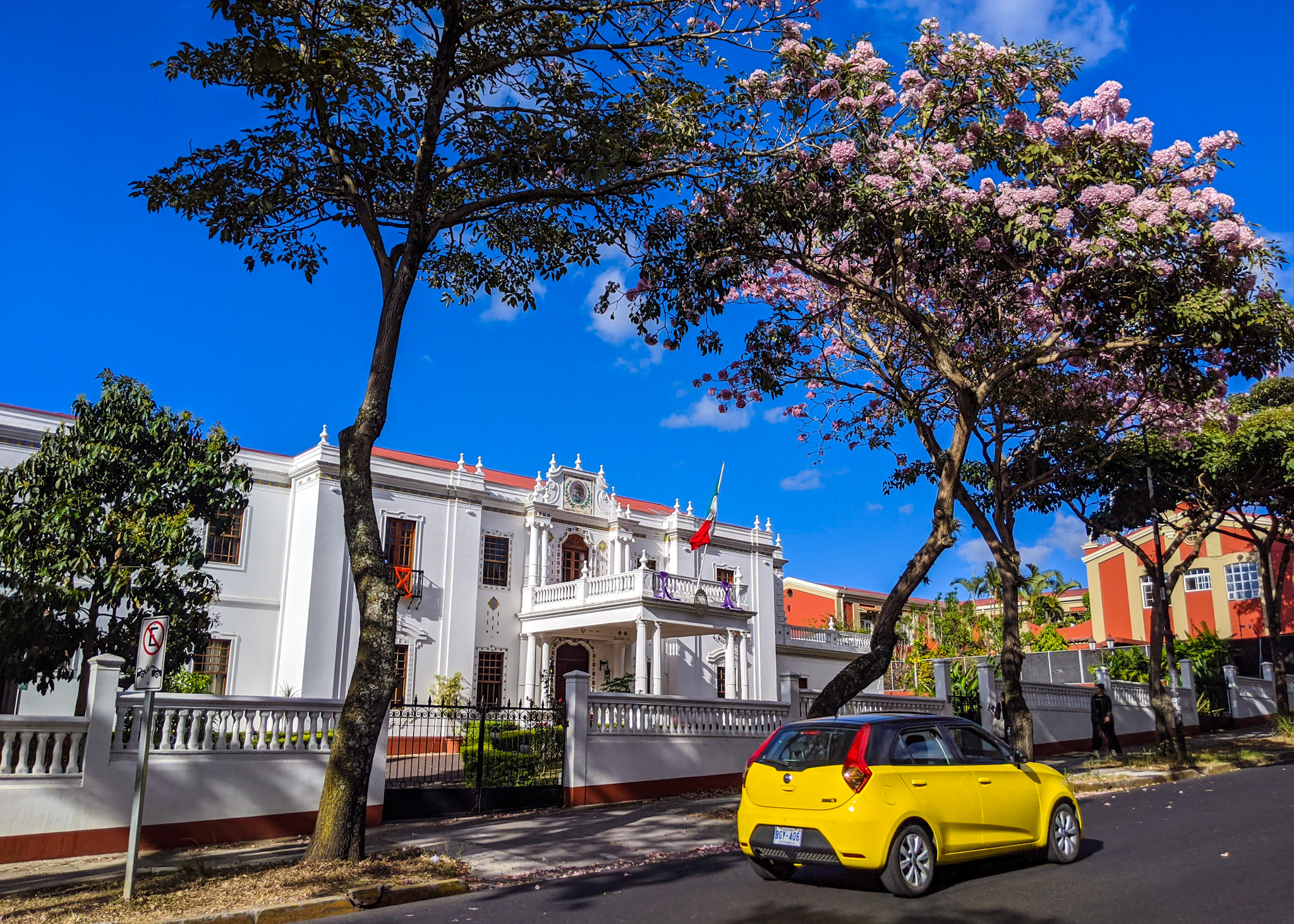 Costa Rica has been calling my name for a while now, but it took a work-related engagement to actually get me there. As such, instead of exploring its beaches and rainforests, I spent most of my time at the University of Peace attending the Gross Global Happiness Summit. Luckily, the packed itinerary included a walking tour of San Jose, which allowed me to sample just a fraction of what the city had to offer. And it is based on that mini-excursion that I’ve compiled this list of 10 cool, quirky, useful things to know about Costa Rica (the San Jose edition). 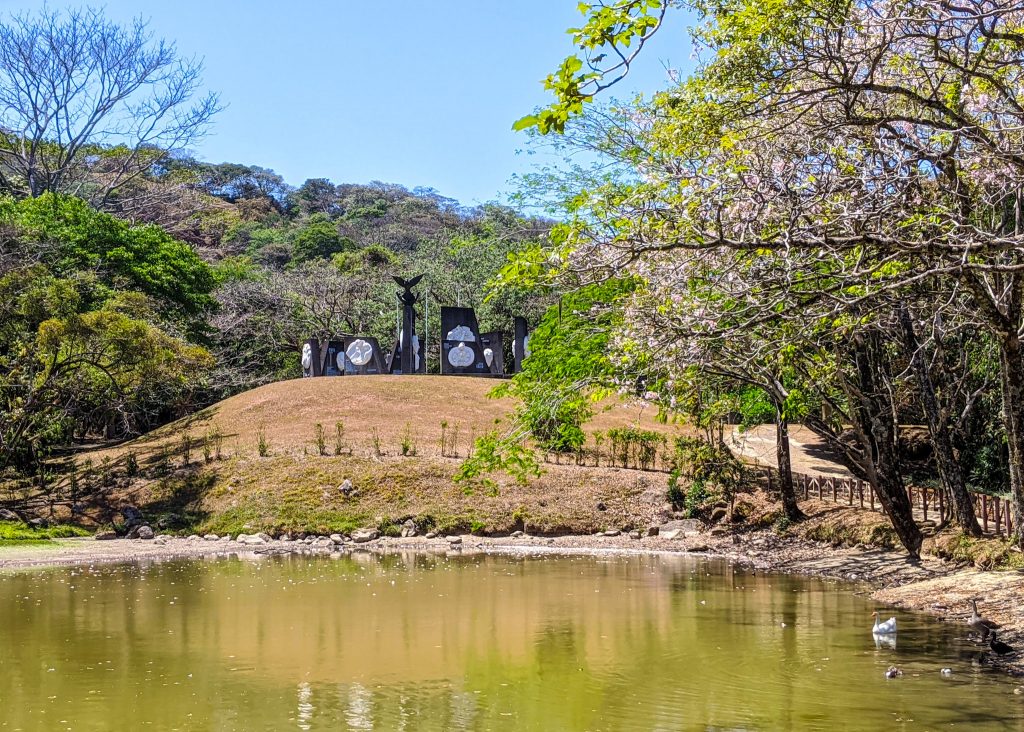 I knew Costa Rica was an eco-destination, but I assumed its lush greenery was limited to outside the city limits. Turns out, even the nation’s capital has its fair share of green space with multiple parks running from one end of San Jose to the next. Not surprising I guess, since an impressive 51% (or 2,605,000 ha) of Costa Rican land is forested. From the Parque Nacional to the Morazán Park, these verdant blocks serve as a popular meeting place with many interesting diversions in the form of monuments, sculptures, and impromptu street performances.

I’m a sucker for beautiful facades and San Jose possesses an impressive collection of these gems. Around almost every corner you’re likely to encounter a striking building, rich in history and dripping with charm. A converted 18th-century liquor factory now serves as the National Cultural Center. A massive structure made of 1,000 tonnes of steel is home to the Buenaventura Corrales Elementary School. Imposing Gothic buildings serve as lavish host to unassuming apartments and coffee shops, while vintage theatres have been revived and given a second chance to fulfill their original purpose. Indeed, San Jose is a city where gorgeous filigrees, timeless ironwork, and detailed tile-art have certainly been preserved.

Sprawling shopping malls are everywhere in San Jose! Even for a non-shopaholic like myself, it was impossible to resist indulging in a little bit of retail therapy. From the Multiplaza to Avenida Central, locals and visitors are spoiled for choice with a wide variety of indoor and open-air plazas. Options range from high-end brands to low-budget chains to street vendors peddling their wares. Without even making an effort you’re bound to find a thing or two to catch your eye and lighten your wallet.

4. One of the Happiest Countries in the world

In 2014 the Happy Planet Index identified Costa Rica as the happiest country in the world. Since then, it has maintained its standing among the happiest places on earth. The government attributes this to several factors, including the nation’s commitment to preserving the environment, as well as the disbanding of its army, which frees up funding for key social programs. So I guess it makes sense that the Gross Global Happiness Summit is hosted there at the aptly named University of Peace.

5. Best Mojito in the WORLD

I don’t want to give the impression that I’m the biggest drinker, but I do appreciate a good glass of wine and, under the right circumstances, I’ll always be grateful for a refreshing bottle of beer. However, it wasn’t until dinner on our very last night in San Jose that I tasted the absolutely very best mojito I have ever had. In the whole world. At Zonna GastroBar. Without oversimplifying my experiences in CR, it’s not a stretch for me to proclaim that Zonna’s passionate fruit mojito was one of the highlights of my trip. Not too sweet, not too strong, and soooo very pretty! 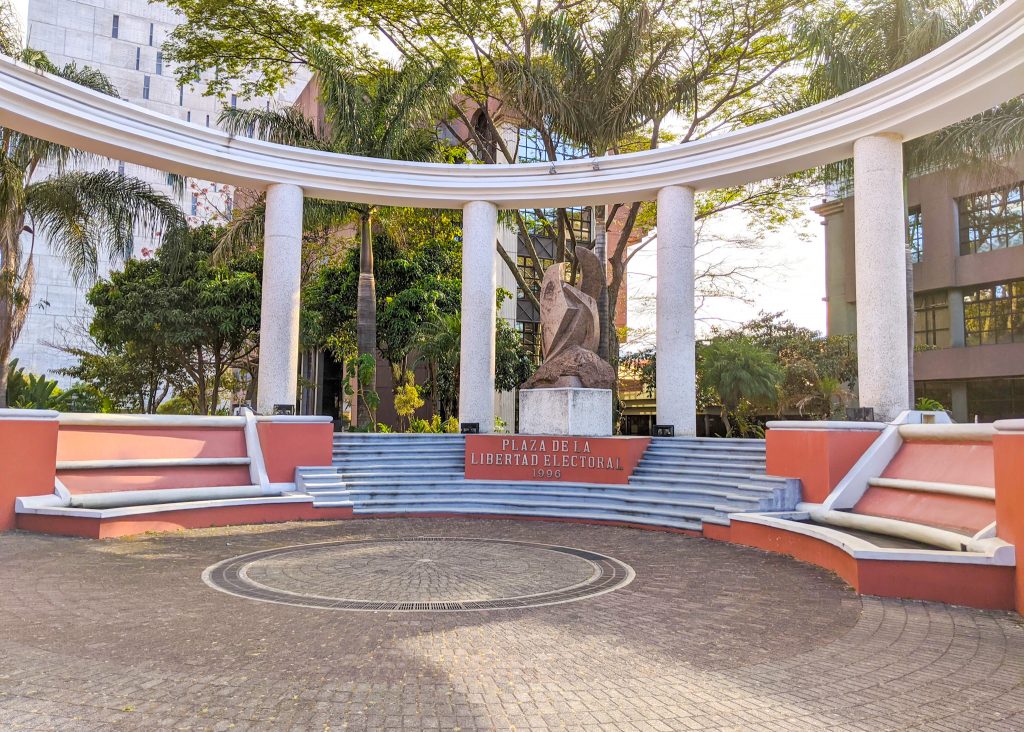 New York City may have Grand Central’s magical “whispering gallery”, but San Jose can boast of it’s super cool “echo brick” (not sure what else to call it). The hexagonal brick is set in the very center of the Plaza de la Libertad Electoral and for reasons our guide couldn’t explain, once you stand on it and speak, it produces a distinct echo. Naturally, it does have to do with the acoustics in the space but it’s mind-boggling how distinctly different sound carries in this one particular spot, as opposed to any other location within the monument. It was remarkable to say the same thing at the same volume and hear my words bounce right back at me with full force. I still have zero understanding of acoustics, but witnessing this trick has definitely made me appreciate it.

7. The Sundial that can’t tell time

Every destination has a few unique quirks. One of my favorites in Costa Rica was the erroneous sundial on the wall of the National Cultural Center. Not only is this timepiece mounted on a wall that only receives direct sunlight in the morning, but even when it does cast a shadow, the time is (for the majority of the year) very much incorrect. Instead of redoing the dial, the powers that be installed an elaborate “correction” tablet that’s way too complicated to translate. To give an example of how tedious it is, at the time we were there, to get the correct time we had to:
– Ignore the clock altogether since the sun was on the other side of the building
– Find the current date range on the correction chart
– Add 12 minutes to the time on the clock (if it was telling time)
– Minus 24 minutes

8. Rice and Beans for breakfast

I come from a culture where breakfast foods are usually fruit and/or flour-based. We love our fruit salads and breads with sides of eggs or meat. Rice is nowhere in the picture. In Costa Rica, however, rice and beans seemed to be a breakfast staple. Normal in many parts of the world I’m sure, but definitely a little odd for me. Where I come from, rice and beans is without exception a lunchtime meal and having it early in the morning is unheard of. I always love discovering contrasting cultural elements when I travel and try to indulge in them as much as possible, but eating R&B in the wee hours of the morning was one train I just couldn’t hop on. 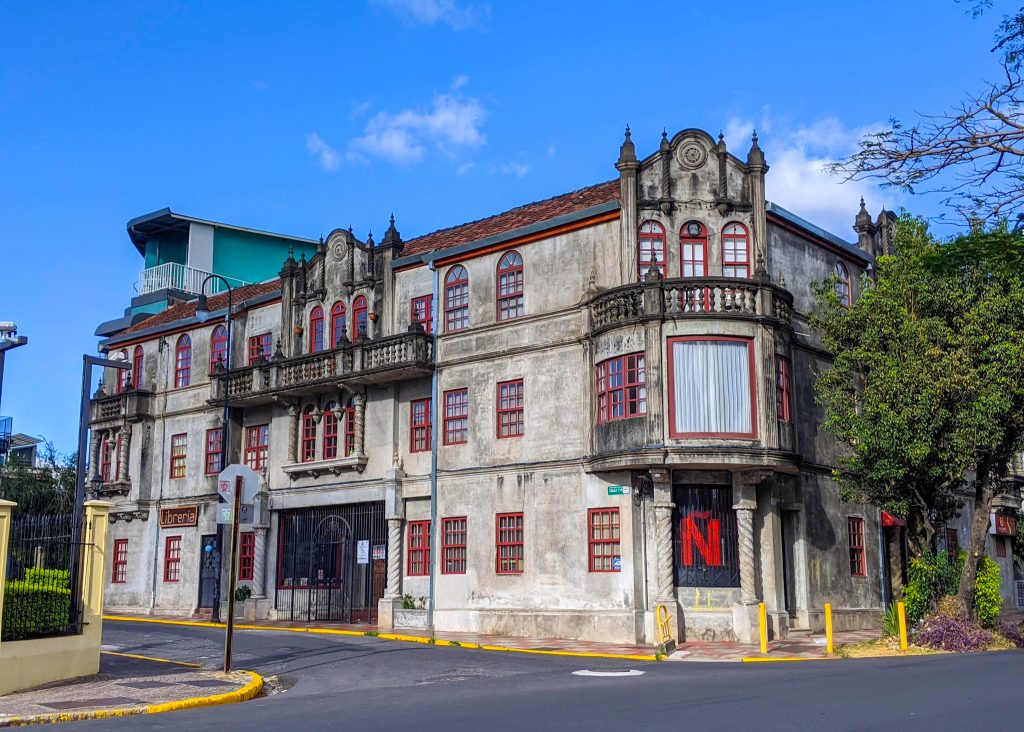 9. US currency is accepted but…

Don’t expect to get change back in US. I always appreciate the convenience of destinations that accept US currency as it eliminates the need to make a trip to a cambio. However, in Costa Rica, you can only expect to receive change in colones, their local currency. Which is fine if you’ll be there for a while. But for brief trips, I strongly recommend using your credit card as much as you can and only acquire a minimal amount of colones in the event certain places don’t accept cash. Rack up those points/miles and be sure to get rid of any remaining local currency at the airport before you fly out.

10. The Coronavirus is there (as is the case with many countries)

Not so fun but very much a useful fact – there are multiple confirmed cases of COVID-19 in Costa Rica. Two days after we arrived the country confirmed it’s first case. By the time we left, 3 days later, there were 7. It’s been exactly one week since the first case was announced and the number of victims has climbed to 26. Suffice it to say, CR may not be the ideal destination to visit at this time. Here’s a live map providing the number of COVID-19 cases in each country around the world.

Oh Costa Rica, if only we had more time together I’d have so much more to say! But I promise you without a doubt I shall return someday! Until then, it’s my pleasure to share these initial 10 cool, quirky, useful things to know about Costa Rica. 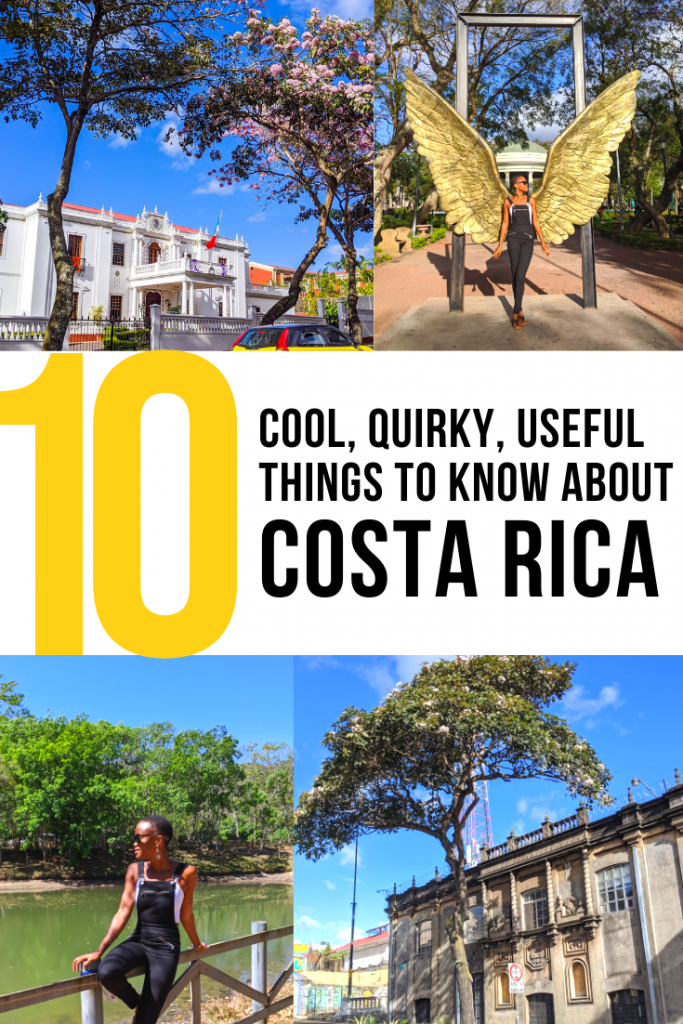 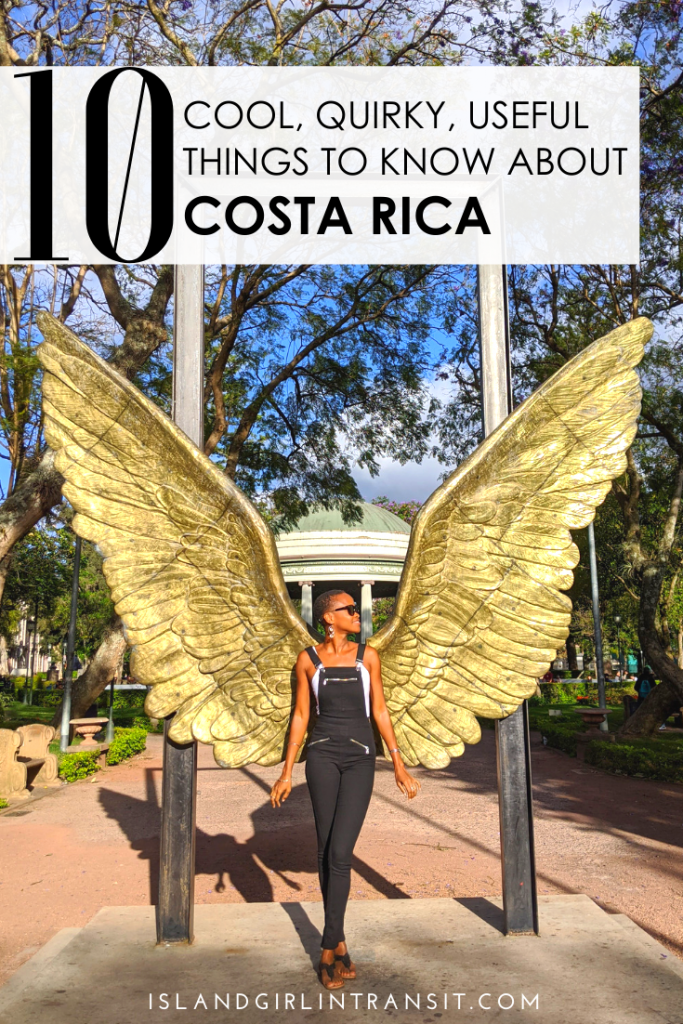 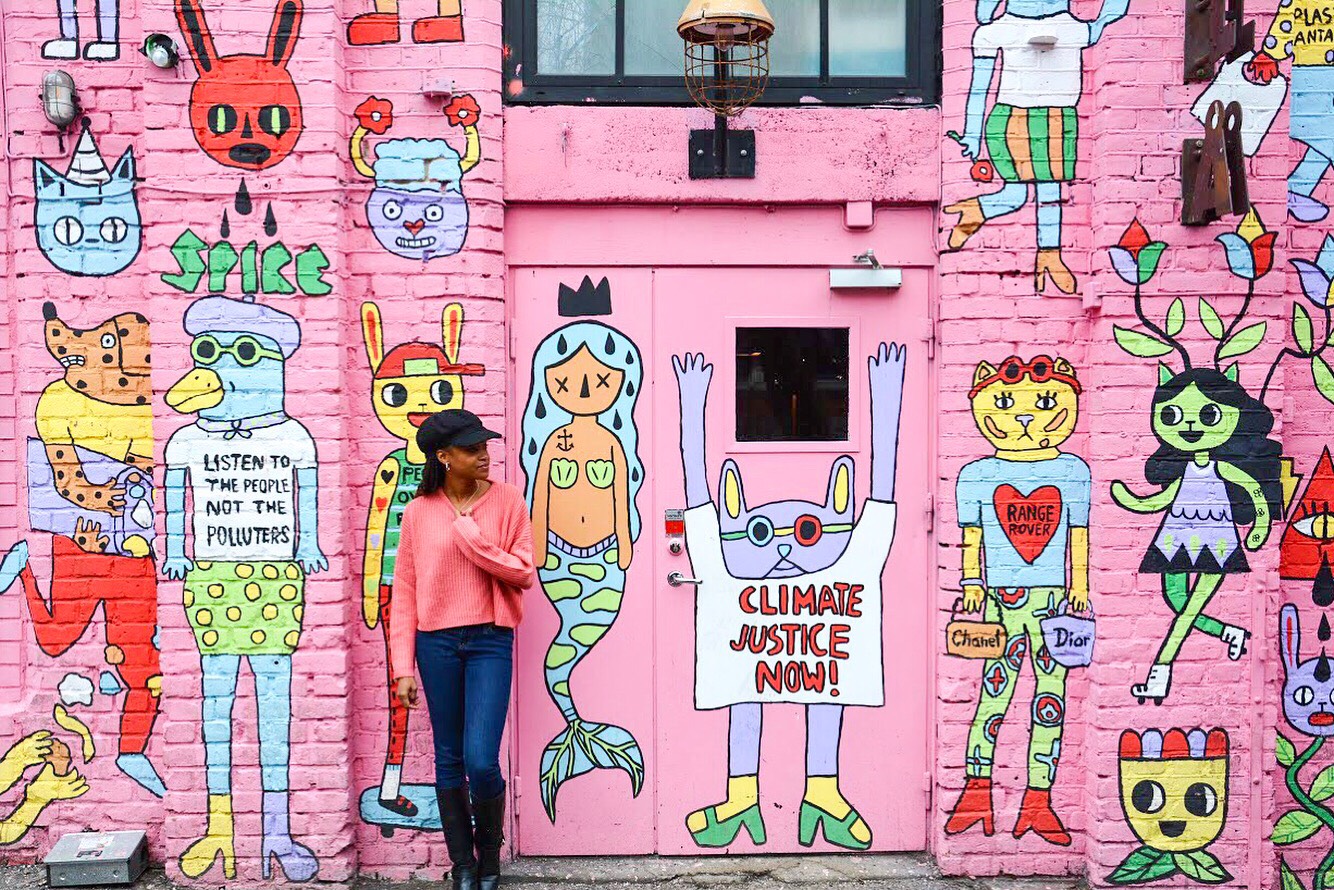