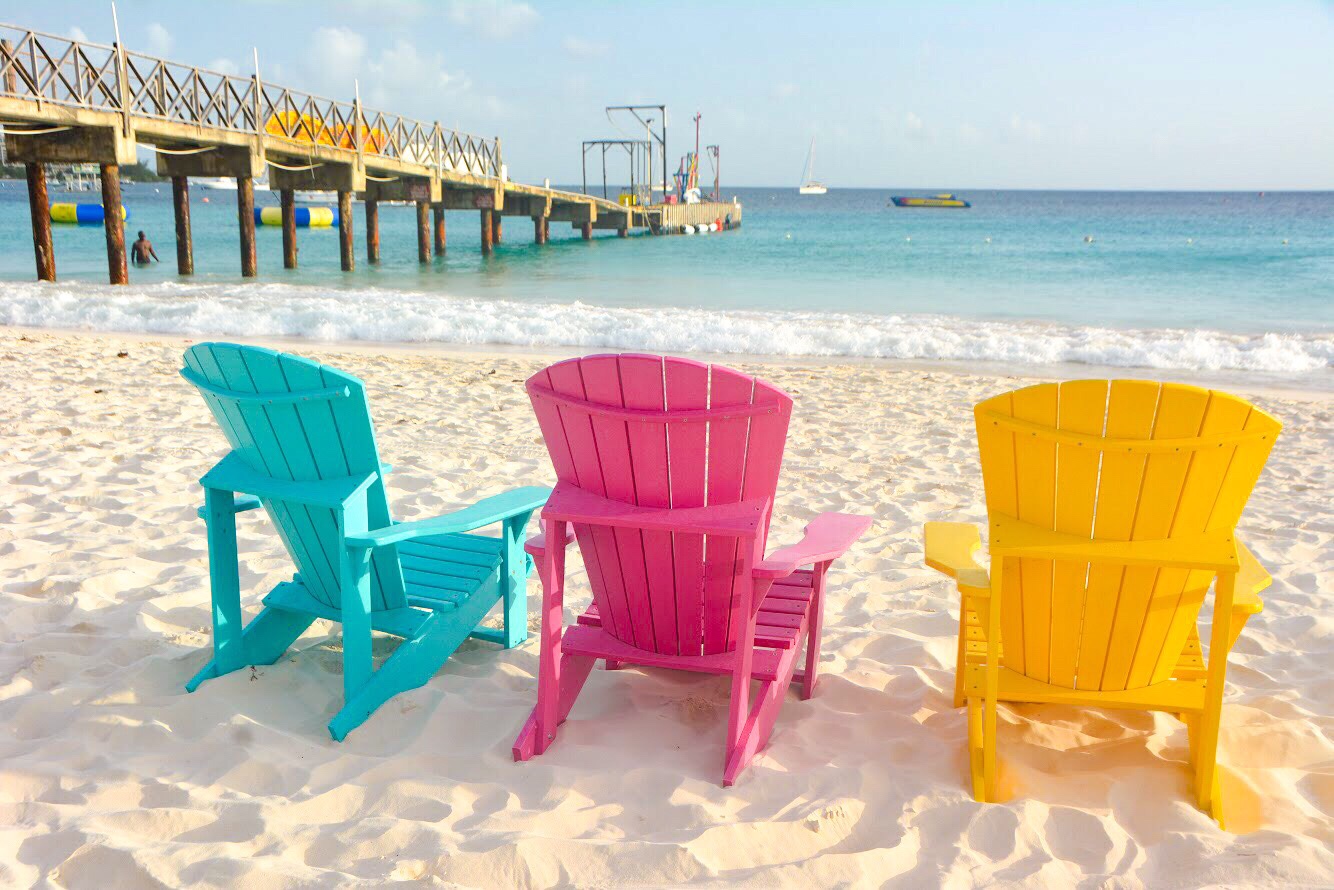 It’s been a week since I returned from my sojourn in Barbados and I’m still in the process of sorting through photos, notes, feelings and laundry. In a nutshell it was a good trip but of course it came with a few (thankfully minor) frustrations. Based on my experiences in other Caribbean islands I know every dot in the archipelago has its own culture and quirks, and Barbados is no different. So, before I get into itineraries and activities, I thought I’d share these 8 truthful, quirky, useful things travelers should know about Barbados.

Let’s Start with the Basic Truths… 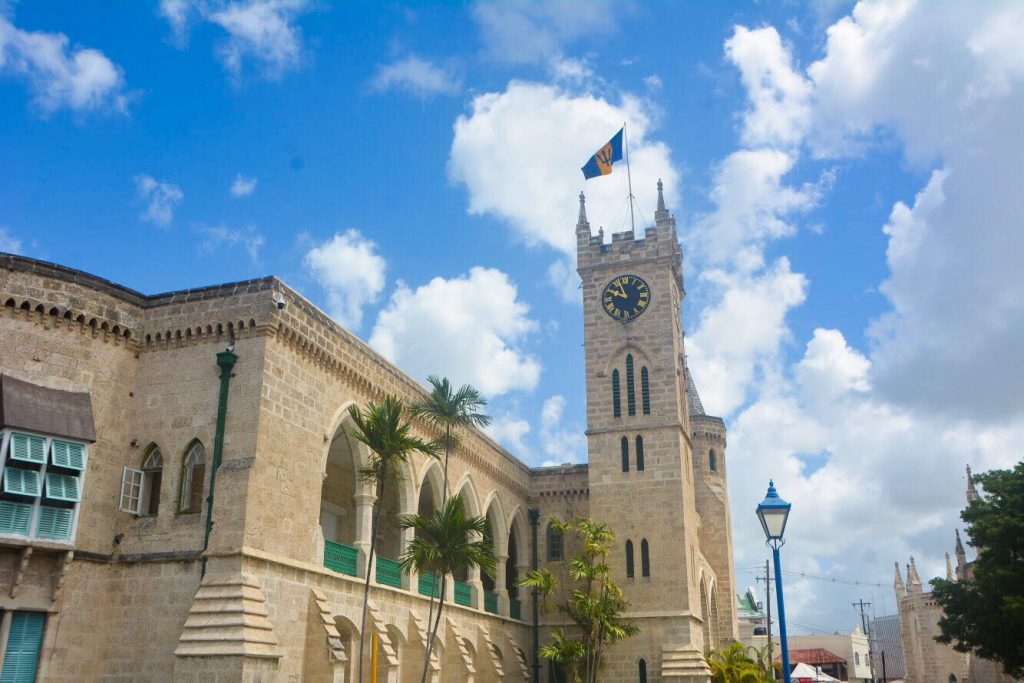 Barbados is one of those Caribbean islands that has done a commendable job of preserving its history. This is most evident in the many beautifully restored and maintained historic buildings that line the streets of the capital of Bridgetown, as well as the modest chattel houses with their pretty gingerbread frames that can be found in most residential areas. I’m not big on architecture but even I was compelled to do my research and discovered that Barbados is indeed an architectural destination, with a mix of Jacobean, Victorian and Georgian designs, alongside Gothic churches and castles.

2. The Beaches are Beautiful

There’s a common misconception that all Caribbean islands are blessed with beautiful blue-water and white-sand beaches. Not true. Some have gorgeous green water and dramatic black sand (still beautiful). While others have rocky coastlines with choppy water that you wouldn’t dare venture into (less fun). Fortunately, Barbados’s west coast is blessed with some of the calmest, clearest and bluest water I have ever encountered and the sand is powdery soft. Even the unrelenting Atlantic ocean on the east coast treats you to interesting coastal formations and overall gorgeous views. For a beach connoisseur like myself, this was a major win!

3. The Food is Sooo Good

Confession: I’ve been to Barbados before but always for work. Which means I stayed at resort hotels and ate resort hotel food flavored to appease the palate of non-Caribbean visitors. Sadly, this left me with a bitter taste in my mouth when it came to Bajan food (no pun intended). This time however, I got to eat at local restaurants and check out legendary Oistins Fish Fry! This changed my outlook on Bajan cuisine and cooking – Bajans can throw down just as well as their Caribbean counterparts!

Moving on to the Useful things to note… 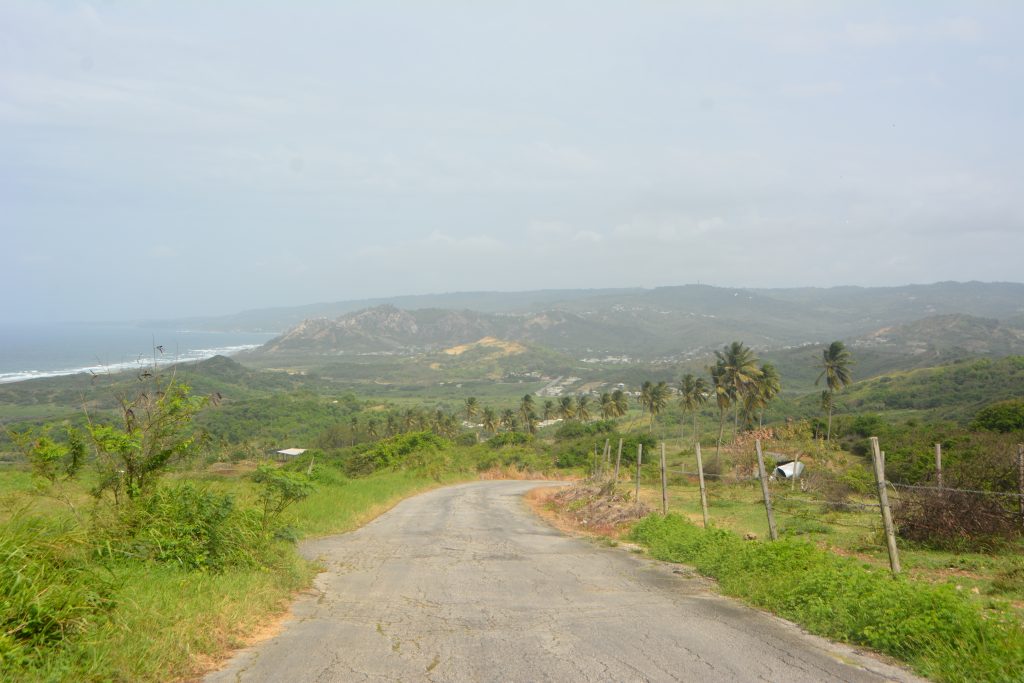 4. They Drive on the “Right” side of the Road

Like Trinbagonians, and many other Caribbean islands, Bajans drive on the left side of the road. I love road trips so it was important for me to have a car for our north and east coast excursions. I have never (and probably will never) drive on “the other side” aka “wrong side” of the road, but I was able to drive comfortably in Barbados without any concerns for my safety or the safety of others as Bajans drive on the “right” (read: correct) side of the road.

Truth be told, this is something you’ll experience in most popular Caribbean destinations. On the days the island welcomes cruise ships, popular beaches, restaurants and other attractions become extremely crowded. No one’s fault. Nothing to hate on. But if you’re like me and prefer peace and quiet, I’d recommend taking a glimpse at the cruise schedule before confirming your itinerary.

And we’ll close with the Quirky… 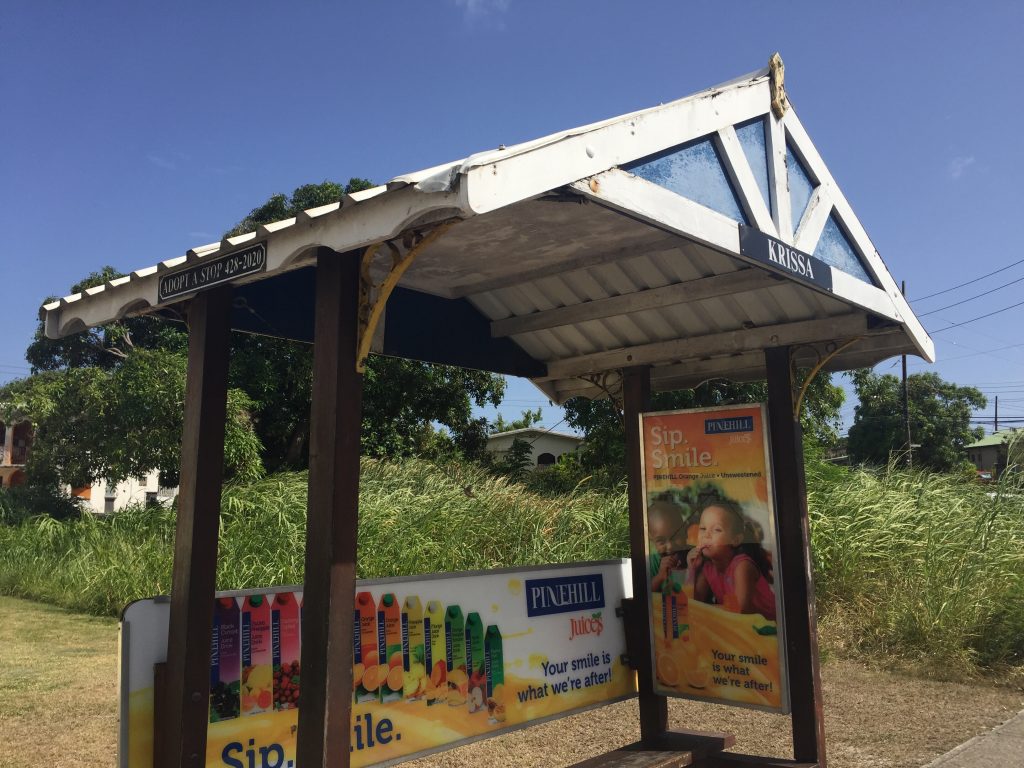 6. The Bus Stops are Named after Women

There are hundreds (maybe more) of neat little bus stops scattered around the island, from town to country. A large portion of them are named and all of the names are female. There’s Tia Marie along the West Coast, Kala in Oistins and Krissa somewhere on the outskirts of Bridgetown. It was the most random (but cutest) thing I observed on the island. Funny enough, I asked several Bajans for the reason why and they either said they hadn’t noticed or they had no clue why this was the case. But I threw the question out on Instagram and learned that this materialized out of a Mother’s Day campaign for the Adopt-a-Stop programme!

FYI: If this is incorrect please feel free to share the real story behind these bus stops in the comments.

7. The Land of Roundabouts

Within its 431 square km there are at least 19 roundabouts along the Main Highways and 31 along the Secondary Highways. Well that’s what I counted on my map, I may have missed a few. They’re primarily concentrated on the southern portion of the island but there are handful up north as well. It gets confusing when navigating, keeping track of which exit to take. On the upside though, they’re all named so its easy to use them as landmarks. Pro tip: keep track of those you pass so you’ll know if you’re on the right track on your return trip.

8. The Street Signage Is Wonky

As a rule, I don’t roam when I travel #nodata. I download directions and use maps as best as I can. Usually this is sufficient because street signs and signs for various attractions are a big help. However, in Barbados, not all streets have signs. Some of those that do were positioned in obscure places. Signs for attractions all the way to the north of the island started in the south (sweet!) but then would disappear for long stretches till you thought you passed it (not so sweet). And while the highways have actual names, Google Maps only identifies them by numbers (which residents aren’t familiar with) so in some instances ‘asking a local’ proved futile. Of course, these were just inconveniences that we eventually overcame but it was the most trying experience I’ve had road tripping on any Caribbean island.

Every Caribbean island has its unique charm and they’re all worth at least one visit. Barbados is no different. This southern Caribbean destination has so much to offer that my 6 day stay barely allowed me to scratch the surface. If you haven’t been to BIM (lol that rhymes) as yet, I hope you add it to your travel bucket list. And once you do, be sure to remember these 8 truthful, quirky, useful things travelers should know about Barbados before you touch down. 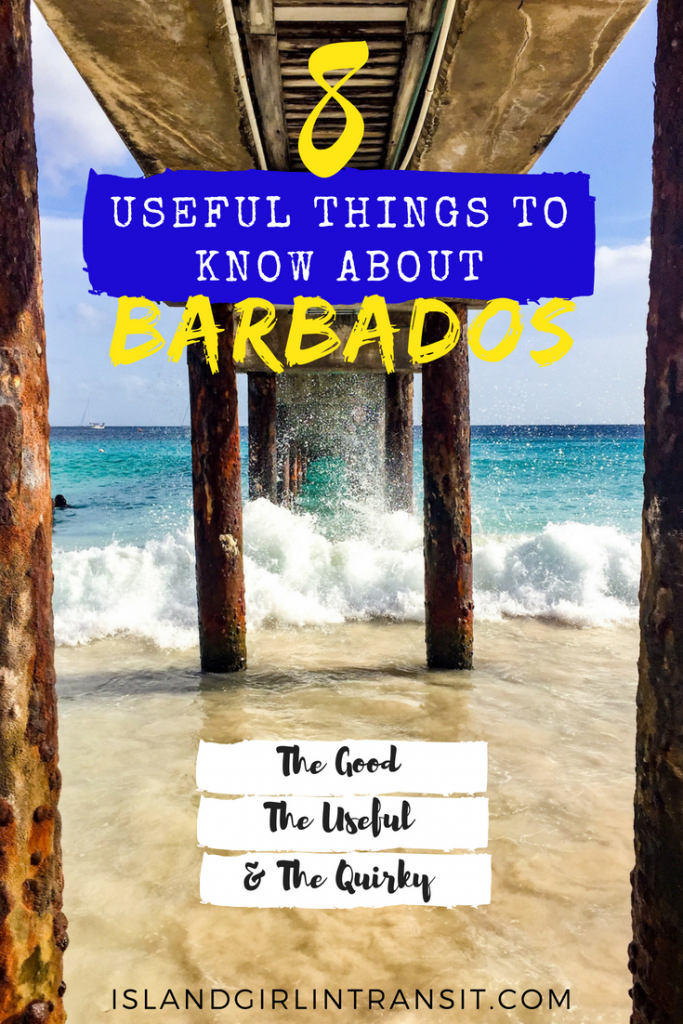 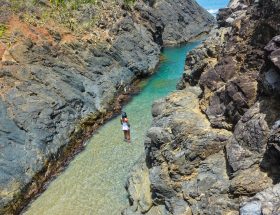 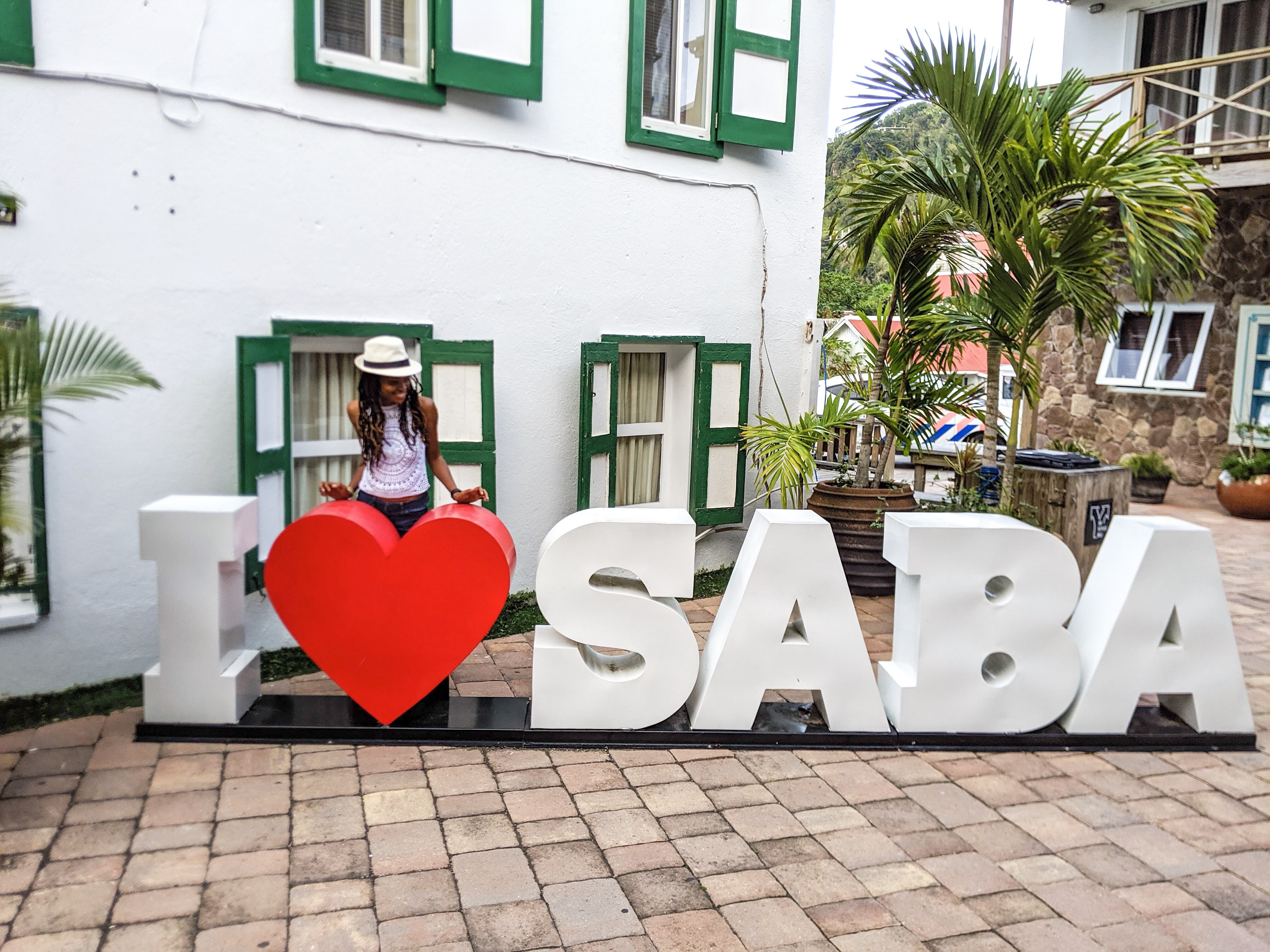