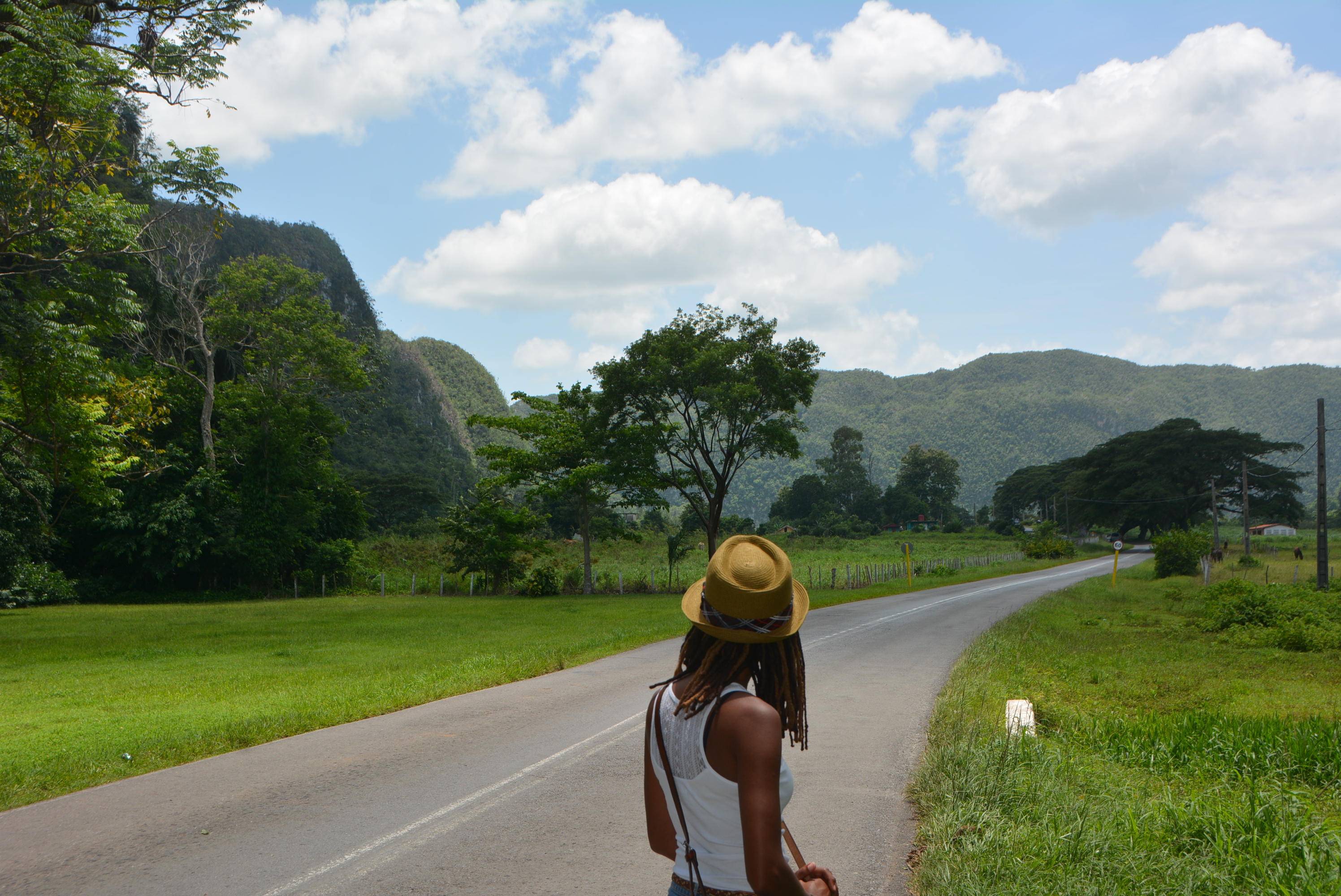 I’ll be perfectly honest. The number one selling point for me with the day trip to Viñales was the 3 hr air conditioned bus ride from Havana. After three days walking through the city streets in sweltering heat I was looking forward to spending some QT in AC some place other than our ‘casa particular’, La Rosa de Ortega.

AC aside though, I always like to make a short trip away from the main area I’m staying when I travel, just to see another side of the destination. If I had more than a week in Cuba I would have certainly spent more than a day in Viñales in order to immerse myself a bit more in that slower, simpler, quieter way of life, but the tour we took ensured we saw and did as much as possible with the limited time we had.

Here’s the rundown of our day trip to this beautiful valley in Cuba’s countryside.

Booking the tour is pretty easy and can be done up to a day in advance. We went through Gaviota Tours, with an office based at Hotel Sevilla in Old Havana. The cost was reasonable at $59 CUC, inclusive of lunch. Pick-up is from most major hotels, so if you’re not staying at one of them just select your spot of choice and be sure to get there for the designated time. It’s around 8 am at La Habana Libre.

I’ll be honest, after touring several rum distilleries in several parts of the Caribbean this stop was welcome more for the opportunity to get off the bus and stretch my legs for a few minutes, as opposed to the actual experience. The tour of the facility is little more than 5 minutes, takes place in one room, and consists of everyone standing in front of the distillery machine while the tour guide explains the process. The more interesting part followed in the rum-cigar-souvenir shop where they offered great deals on cigars and the Guayabite del Piñar rum at the bargain price of $4 CUC. If you’re interested, they also sell rum in little juice boxes that I’m sure will come in quite handy when you’re on the go.

The Indian Caves were discovered in 1921 and the tourism board has gone to great lengths to maintain the authenticity of this site while ensuring visitors’ comfort and safety. Here, you’ll be able to sip on a cup of refreshing, freshly squeezed cane juice; and see how the original inhabitants lived through a live scene including a teepee, makeshift kitchen, hammock, and actors donning traditional costumes. Once you enter the cave system its an easy descent into controlled darkness as lights are strategically placed along the way for easy navigation. It’s impossible to avoid the droplets of dissolved minerals from the stalactites but it’s not enough to be a nuisance. The experience ends with an almost magical boat ride along the underground waterway before you emerge into the light just a feet away from a mini waterfall-like formation. Cameras don’t do the inside of the cave justice but have them ready to capture the view as soon as you exit.

Lunch was a simple but tasty and filling Cuban meal. Initially, my hopes were raised then dashed as we entered the valley and our tour guide indicated there was an actual restaurant in a cave! Then we drove right past it. And kept on going. Until I accepted we weren’t dining there. When I saw how unremarkable the infrastructure of the restaurant we would actually be dining at was, I resigned myself to a mundane meal in a mundane building that was definitely NOT a cave. But despite my issues with personal space and hygiene, I enjoyed the family style setup that forced us to share dishes of rice and peas, baked potatoes, roasted chicken and pork, with complete strangers. I’ll admit, it took some getting used to but after a few minutes we began exchanging smiles and sharing laughs with the French family across the table even though we spoke not a lick of French and they didn’t understand English. Dessert was individual bowls of rice pudding.

The dried, brown leaves of tobacco curing houses are a familiar sight in Viñales as the fertile soil throughout the valley provides excellent conditions for the plant to thrive. Cuban cigars have become such a prized commodity, it’s almost blasphemous to visit the island and not bare witness to what goes into creating them. We visited a privately owned farm on 10 sprawling acres, where are diligent cigar roller gingerly and skillfully demonstrated the process. As a bonus we were treated to coffee and reasonably priced, exotically flavored cigars (we’re talking cinnamon, honey, even rum) by the owners. As a private enterprise they are required to sell 90% of their tobacco to the government but the remaining 10% they keep in order to sell to visiting groups of tourists.

There are murals and then there’s the Mural de la Prehistoria, which is in a class of its own. This gargantuan work of art is the brainchild of Leovigildo Gonzales Morilla, former Director of Mapping at the Cuban Academy of Sciences, who also happened to be a master of neo-caveman artistry. An impressive and incredibly massive 80 ft high and 120 ft wide, the mural depicts world history up until the age of humans. It took me a few minutes to wrap my brain around the size of it, but once I did, my mouth closed and my feet began to move toward it. I even scaled the base to get some pics in a small alcove and then sipped on the BEST piña colada I have ever had at the small bar on the compound.

The last stop of the day, the lookout point was even more awe-mazing than the mural. For some reason I kept picturing a small balcony in some obscure place providing views similar to what we had been seeing all day. But it was so much more than that. The lookout point offers one of those views that literally takes your breath away. I’m not the most reliable source when it comes to distance but it felt like the acres of green fields and rolling hills went on forever. Brown tobacco houses and bright orange immortelle trees add some diversity to the otherwise green blanket of fields, trees and mountains.

What you need to know:

Gear: None of the activities are incredibly strenuous so no special gear or equipment is required. The cave is any easy walk so sneakers aren’t necessary but I’d advise against high heels/wedges for women.

Refreshments: Lunch is provided but nothing else. Walk with water as you will be outside in the heat for extended periods at some of the stops. If you’re like me, any little activity works up an appetite, so walk with light snacks to munch on during the uninterrupted ride back to Havana.

Ever been to Viñales? I’d love to know what you did and where you went. Share you experience in the comments! 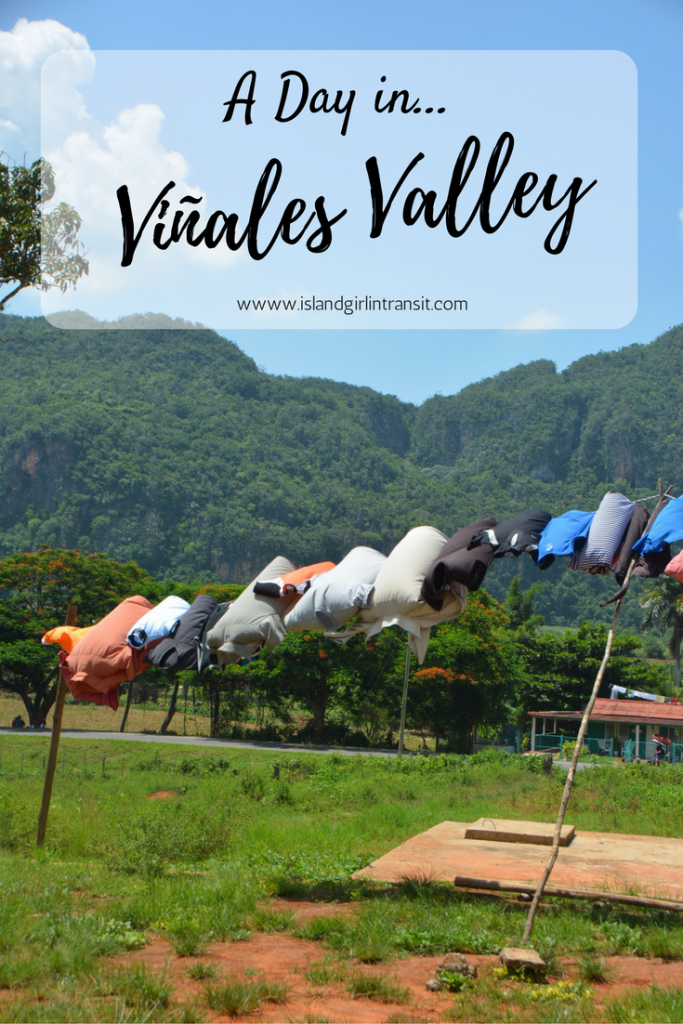 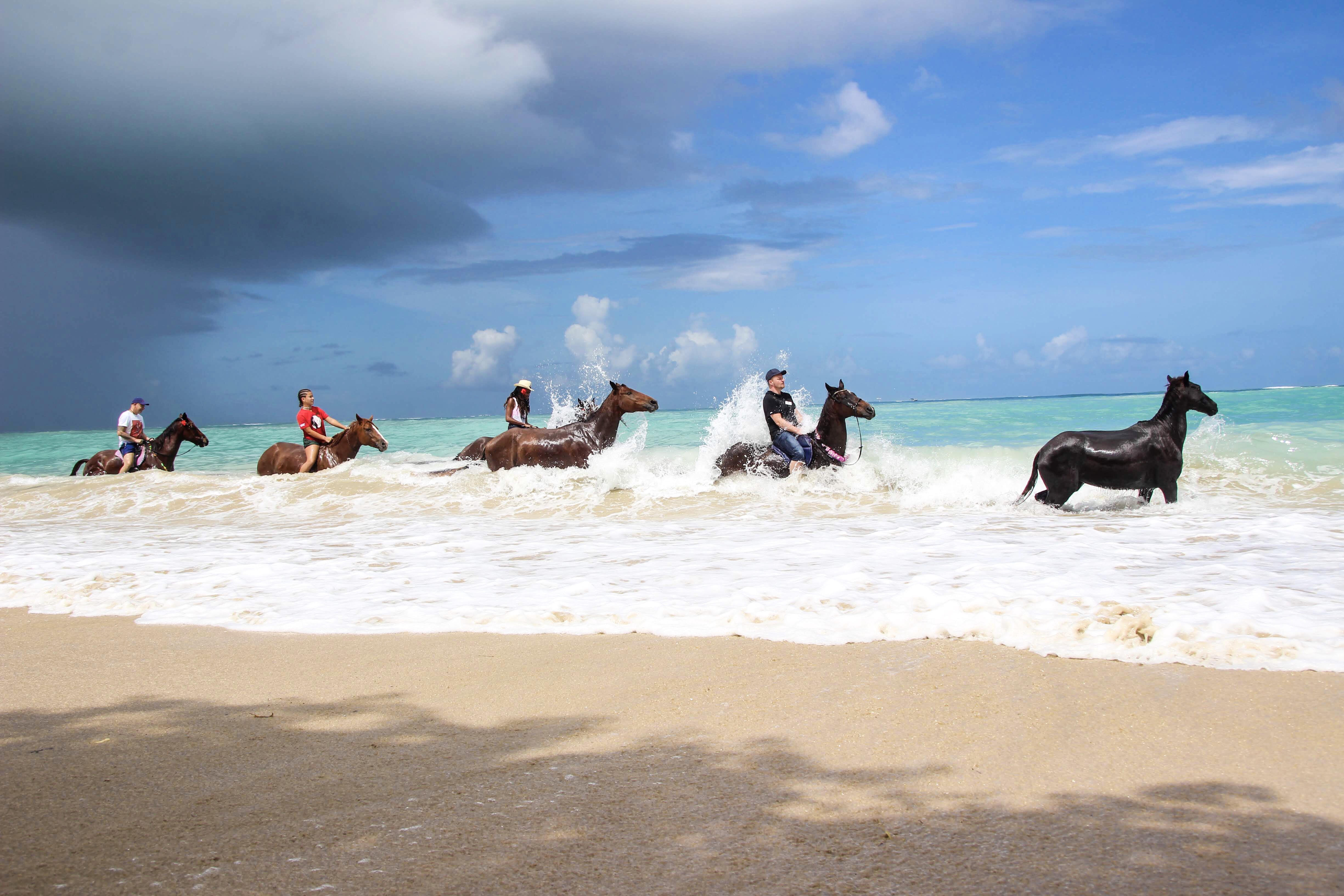 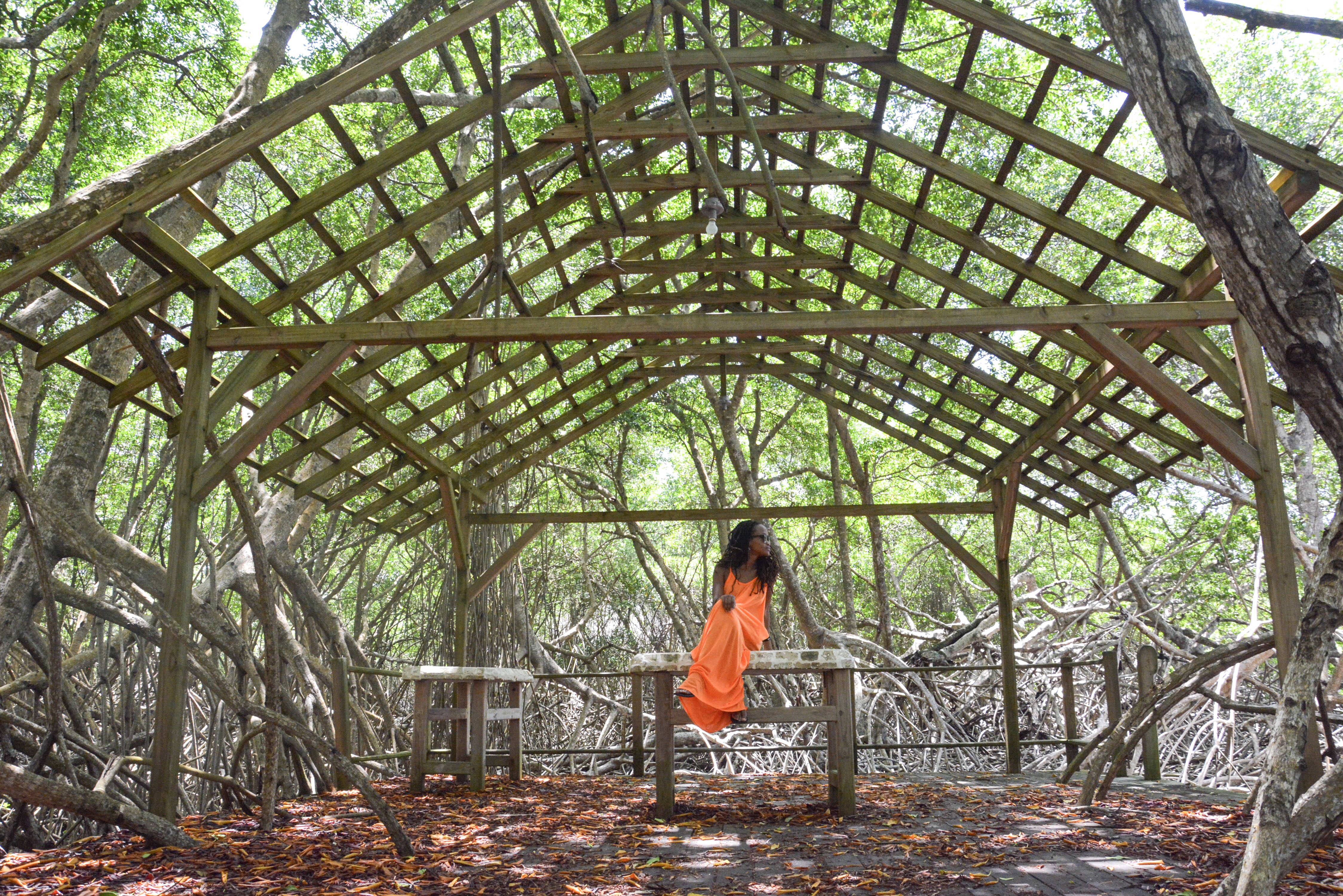