As an Afro-Caribbean woman I have always felt compelled to learn as much as possible about the slave trade. As a traveler, part of that education comes from visiting slavery heritage tourism sites. But I have always struggled with excursions of this nature.

On the one hand, I am enamored by the charm and allure of these physical reminders of our past. Imposing forts and stately plantations. Vintage architecture and archaic weaponry. Some, well preserved structures; others, broken remnants. All hauntingly beautiful.

Aesthetically speaking, these places represent unparalleled levels of artistry. If I’m honest, I’ll admit that I’m as motivated to visit them to capture their magnificence, as I am to learn about their history.

And that’s where things get sticky for me. Because, beneath of all that beauty there is darkness.

There is so much pain etched into the stones used to build these structures. So much blood absorbed into the earth upon which they stand. Pain that cannot be forgotten. Blood that cannot be unshed. And so as drawn as I am to these centuries old premises, I walk their grounds with a heaviness that is difficult to explain. Sadness mixed with disbelief. Disgust that, if I’m honest, I’ll admit is fueled by anger. Because…well…no matter how much time passes, no matter how many movements are formed, no matter how much progress is made, slavery will never be an easy pill to swallow for someone of African descent. 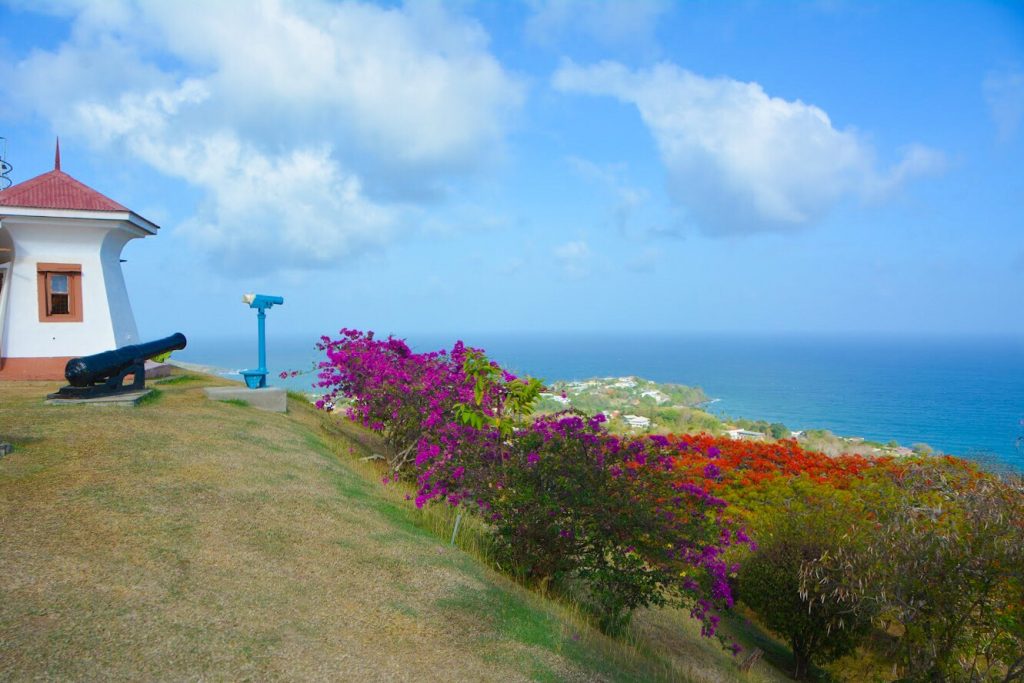 Growing up in the Caribbean, a significant portion of our history syllabus covered the study of slavery and the slave trade. Every year our lessons expanded on the details of this monstrous crime against humanity. Now, every time I pay a fee to enter one of these sites; every time I see people posing prettily at one of these venues; every time I participate in a tour that doesn’t properly articulate what took place during this era, I question the existence of this type of travel experience.

Don’t get me wrong, I firmly believe in the need for slavery heritage tourism and there is much value in the existence of slavery heritage tourism sites. However, there’s a fine line between representing what took place and romanticizing it. Or completely ignoring it all together. And in those instances where the latter occurs, it is a difficult pill to swallow.

The truth is that there will never be a ‘right’ way to portray what happened during this era. But, the more time I spend touring slavery heritage tourism sites, the more I realize that there is indeed a wrong way to do it. So I try my very best to research attractions like these before I visit to brace myself for what’s to come, or in the most extreme cases, to avoid them all together. When it comes down to it though, I believe there is basic criteria that should be met for any slavery heritage tourism site and these elements aren’t very hard to attain.

1. It Acknowledges It’s Role in the Slave Trade 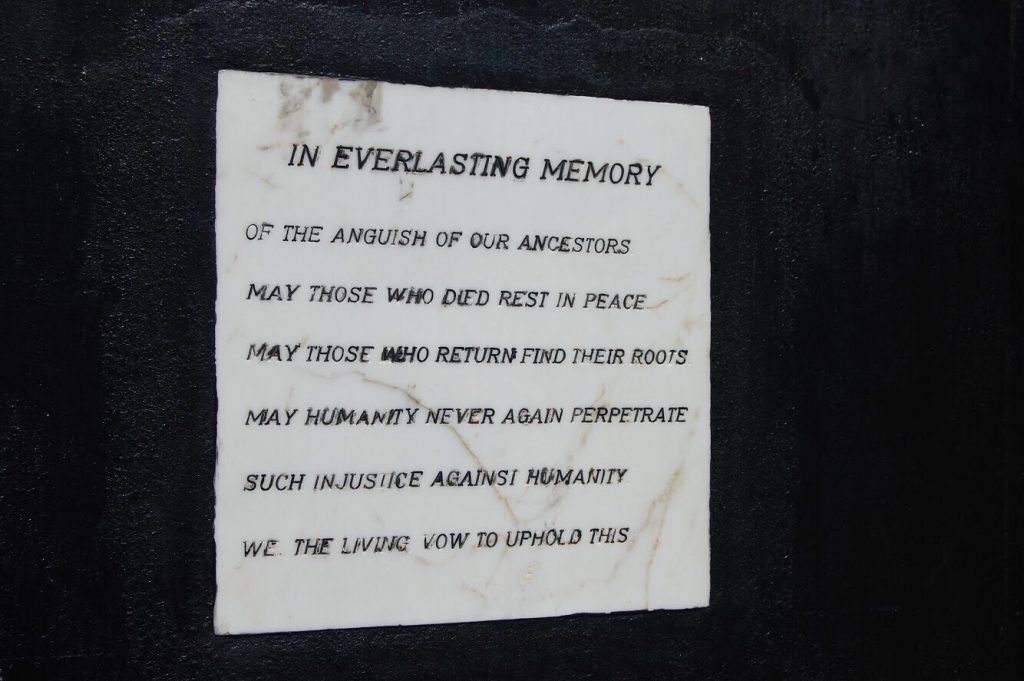 If this sounds like a redundant point to make, trust me, it isn’t. I have toured several sites that played a central role in the slave trade yet the slaves end up being little more than a footnote in the story. If they are mentioned at all. In one instance, I learned all about the family that owned the plantation, the antique furnishings on display, the architecture, the property’s strategic location and all the flora and fauna on the premises. However, any mention made of the enslaved people was done in passing. For instance, during a tour of the kitchen we found out that the narrow doorway was the “slave entrance”. That was it. In another scenario, I learned about the tender age at which young “Negro children” would begin working the fields in the early 1900s but at no point in time during the tour of this 17th century plantation was any mention of the slaves that undoubtedly would have worked its the fields. For me, a true heritage site does not hide its history, even the ugly parts. Whether the property is presently owned by the original family or the government, those managing it owe it to their visitors to tell a story that accurately reflects its past.

2. It’s Honest About the Experiences of Enslaved People 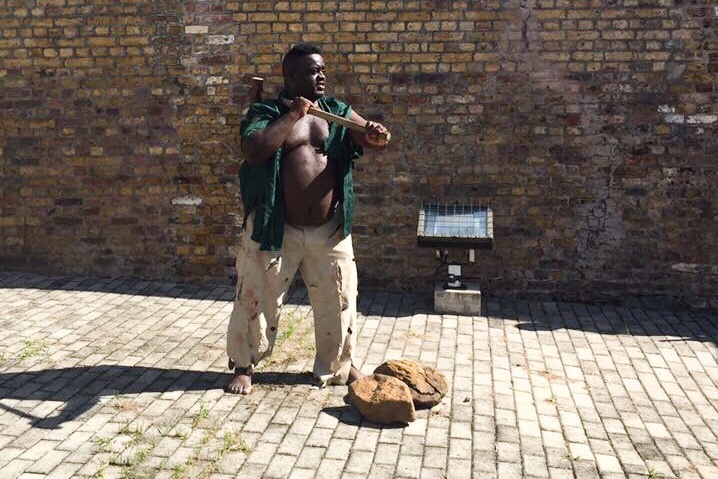 No one can begin to comprehend the horror endured by the millions of Africans who were snatched from their homes and transplanted to a “New World” (that wasn’t actually new at all). There are no words or performances that could truly depict what took place during this period, but I always appreciate slavery heritage tourism sites that make a genuine effort to tell the story and keep it real. The millions of rocks used to build that fort you’re photographing? They were manually cut by enslaved people. Those impossibly heavy metal cannons you’re voguing on top of? They were carried uphill by enslaved people. The acres of fields once used to cultivate cotton and cane but are now occupied by housing developments? They were worked tirelessly and without compensation by enslaved people. The windowless dungeon you’re sipping a beer in because it was converted into a bar? Well, it was used to imprison and punish enslaved people. This doesn’t mean you can’t do all of these things (except the bar), they’re there for you to enjoy and photograph and appreciate. But the realities of slavery were harsh and heritage sites should not be allowed to gloss over the tragedy and underplay or ignore the atrocities carried out by slave masters and mistresses, overseers and drivers.

3. It Credits Enslaved People for their Contributions 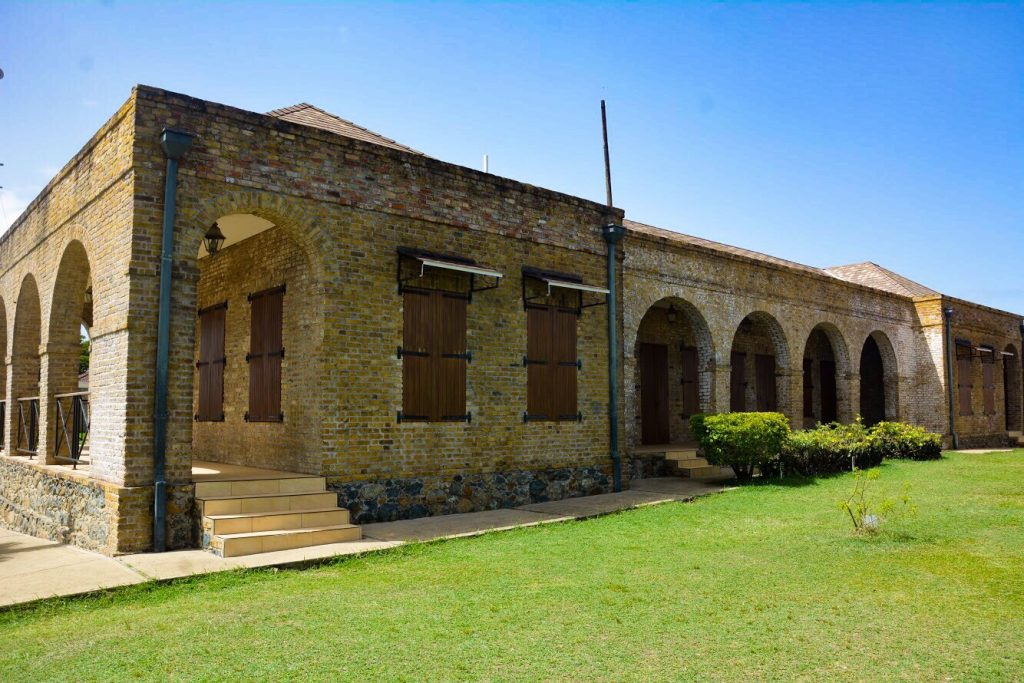 Enslaved people were kidnapped, shipped, sold and forced to work long hours in sweltering conditions with little food and no compensation. They lived in squalor and labored under duress. If they failed to perform, they would be punished. If they attempted to revolt, they would be killed. They built immense structures – manually. They cultivated hundreds of acres of land – manually. They served as the backbone for entire industries for centuries. As such, it is only fitting that slavery heritage tourism sites give credit where it is due. 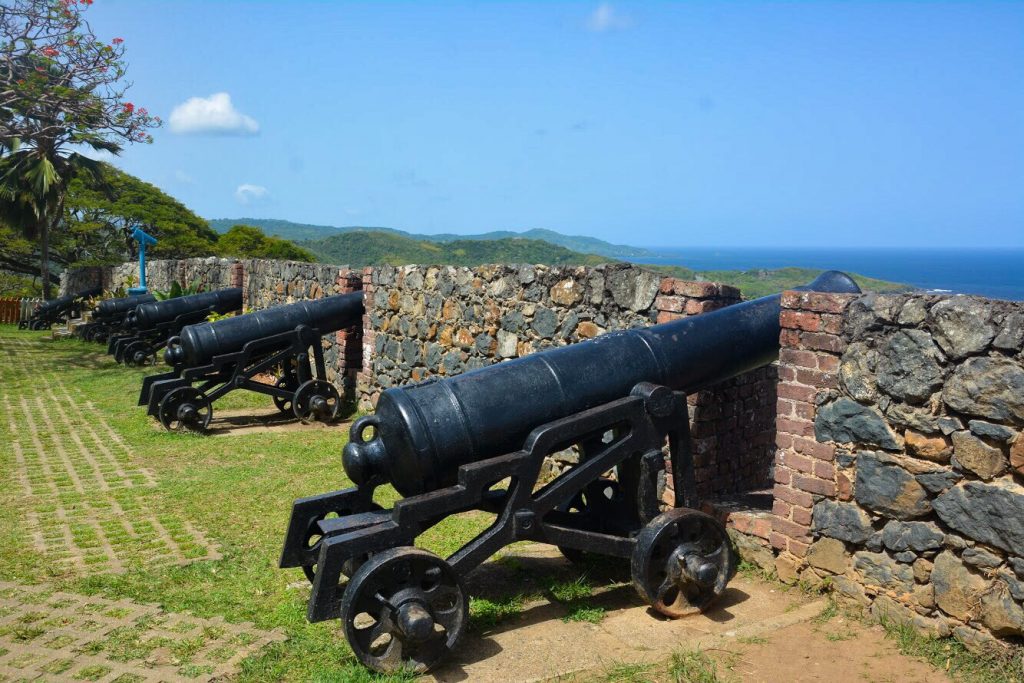 The Slave Trade ended a couple centuries ago. I know that. These Great Houses, Plantation Houses, Estates, whatever we choose to call them, are no longer part of that brutal system. I get that too. In order to be maintained they must be repurposed in a manner that allows them to generate revenue. I acknowledge that as well. But there’s a right way to do this. Of course, no amount of reverence could erase these bitter chapters in humanity’s history, however I am always appreciative of sites that are mindful of how these spaces are used. I once visited a site where the dungeon was converted into a bar and I couldn’t bring myself to have a drink where my ancestors were once imprisoned and tortured. However, a museum accompanied by an informative written and/or oral history is always a fitting application, whether it is used to showcase artifacts or its preserved in its original state to deliver a true representation of life as it was during this period.

I’m not an expert on slavery, heritage tourism, or slavery heritage tourism sites. I’m just a person who has always been passionate about African/Afro-Caribbean history.  I try to consume as much material as possible on the topic and part of that process is visiting sites connected to the slave trade. Some of these venues have done a commendable job of telling this painful story but others have fallen short in various ways. It is my hope that in time, all sites related to slavery will take ownership of what happened and share their history in its entirety – both the good and the bad. Until then, I’ll continue to do my best to learn what I can through reliable sources and edifying tours.

Have you ever visited a slavery heritage tourism site? Did you find it an enriching experience? Whether yes, or no, tell us in the comments! 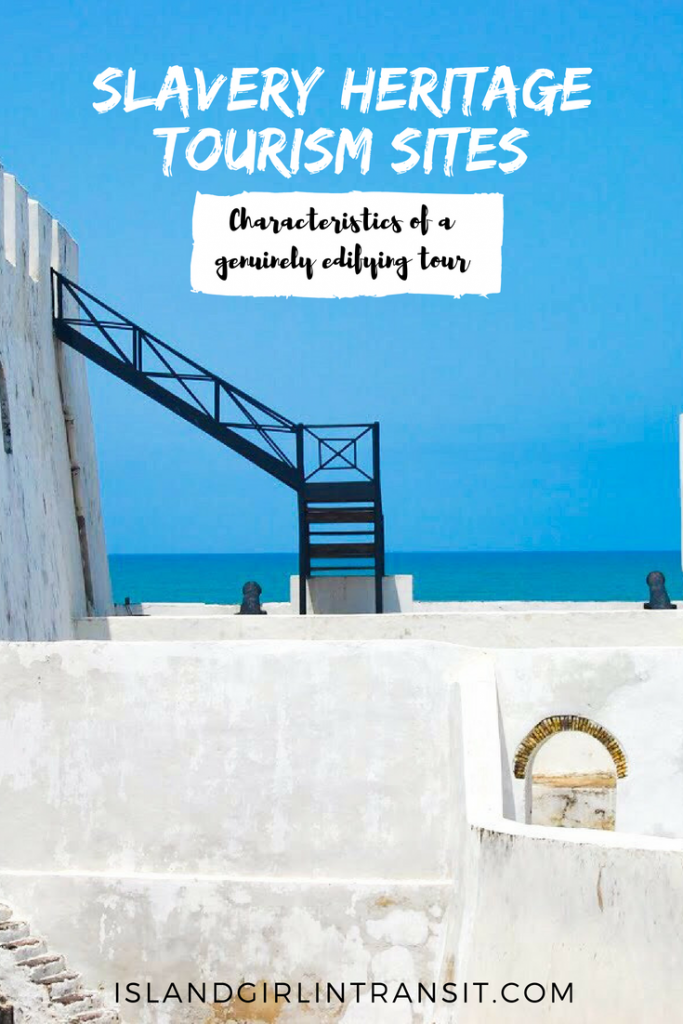 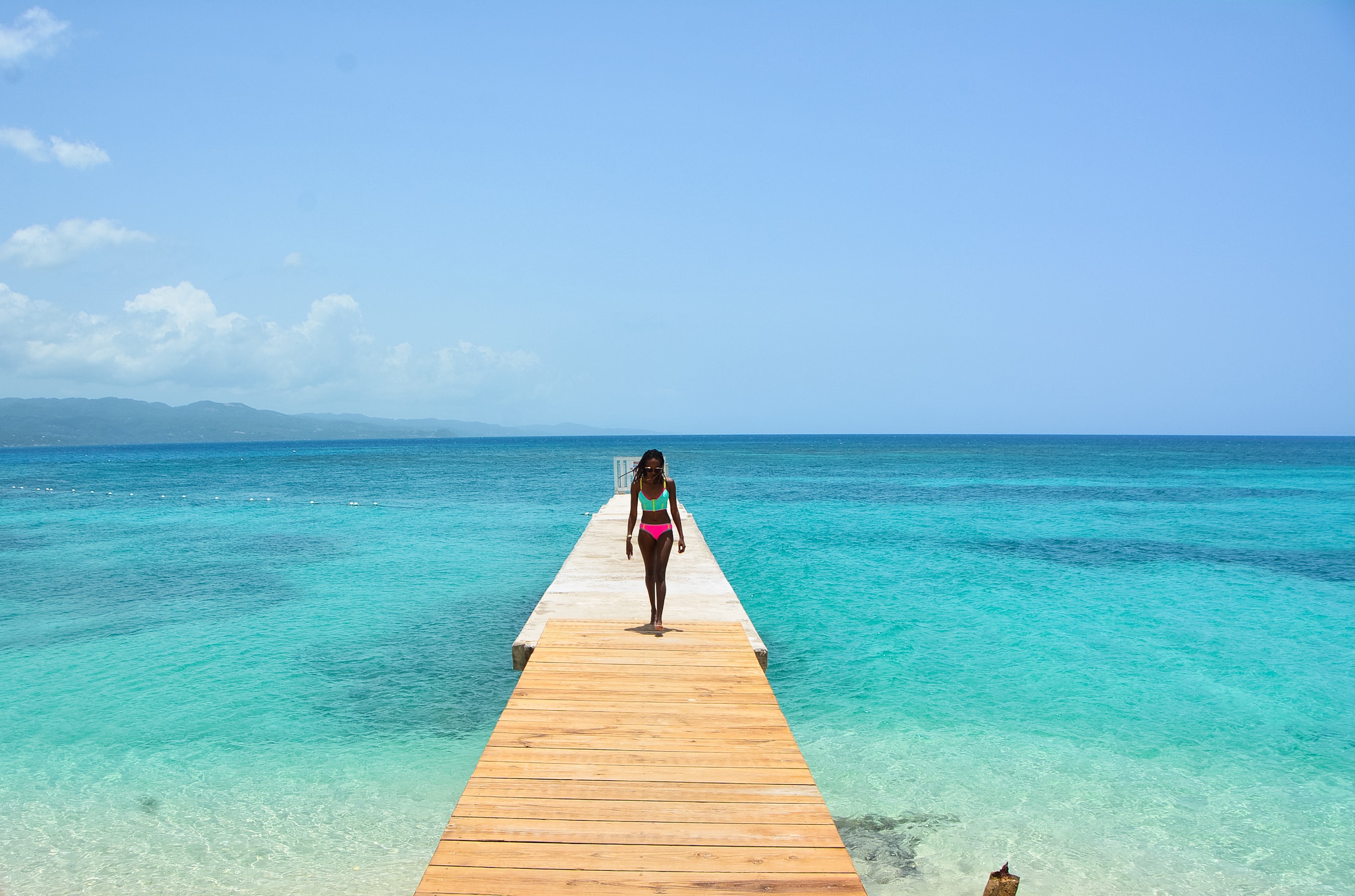 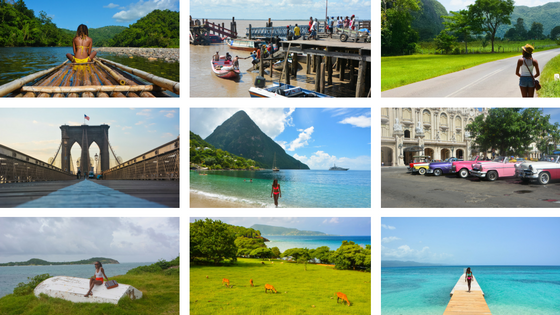