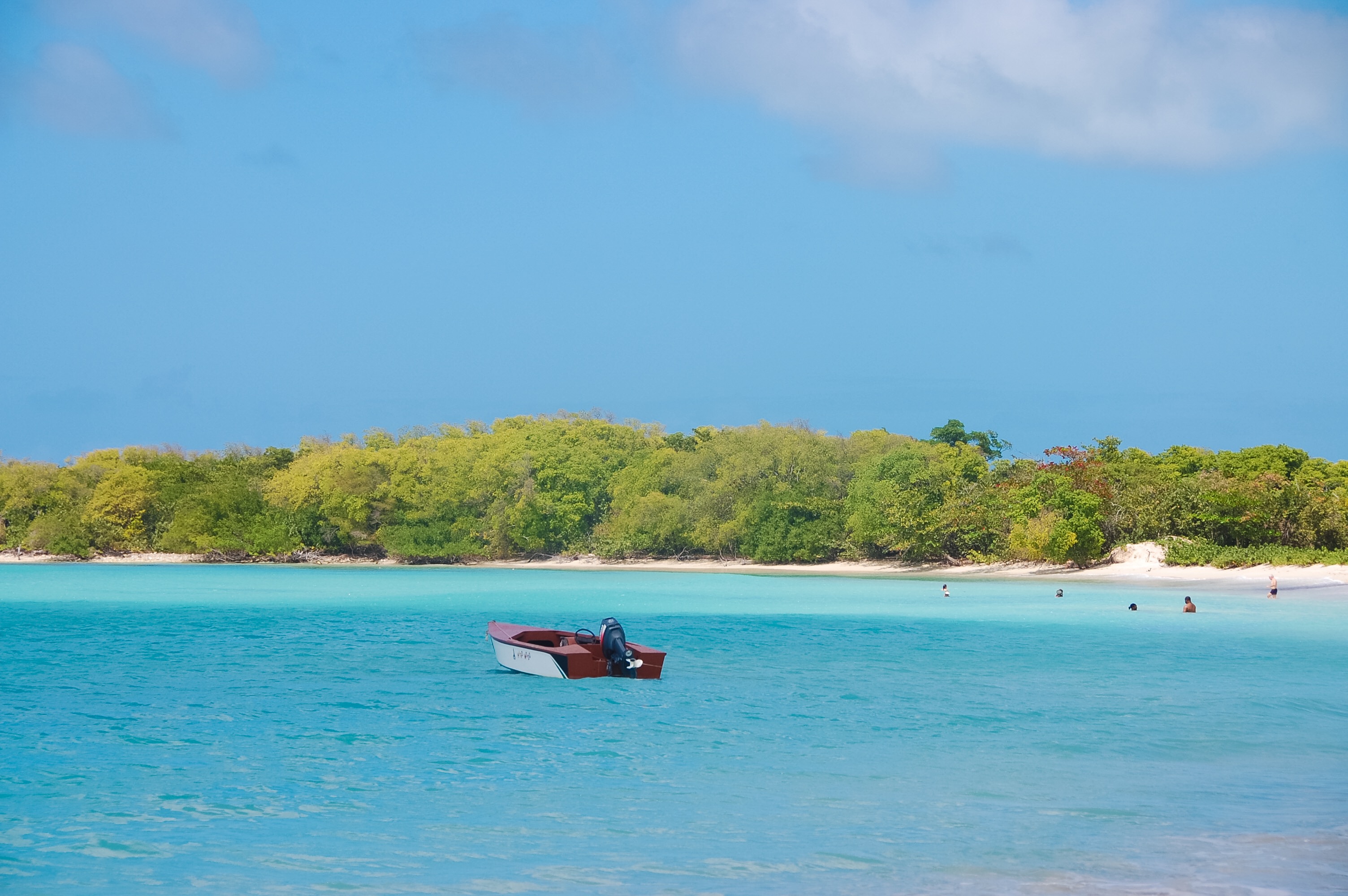 There’s island life and then there’s island life in Carriacou. So small you can drive around the entire island and the gas needle barely moves; so slow-paced, time is indicated in vague terms with tour guides scheduling pick-ups and drop-offs ‘around’ a certain hour; and so idyllic the white sand and clear water look like scenes taken straight out of a postcard.

I first discovered Carriacou’s magical power to stop time during my maiden visit in 2009. We had only 4 and half hours to explore and experience, but somehow our guide managed to fit in a leisurely round-d-island tour, a delicious lunch and quality time on Paradise Beach, returning us to the ferry slightly sunburned and with time to spare. We relished those few hours and it felt like we had been there all day.

If you’re interested in tapping into some of the Carriacou magic, this ultimate Island Girl Travel Guide will tell you everything you need to know to navigate the island.

The lay of the land…

Home to around 8,000 people, Carriacou is the largest island in both the Grenadian and Vincentian Grenadines.

The capital, Hillsborough, is the only town/city on the island. Concentrated within a few short streets, it’s a place that teaches you about the economy of space as you can find almost everything you need within the shops that line the Main Street: from clothes and hardware supplies, to diving shops and restaurants, grocery items and children’s toys. It’s the type of town where one name appears on a majority of the storefronts and one modest building houses a tech store at the front, a bar at the back and a car rental service tucked inconspicuously between the two.

In an odd twist, Hillsborough goes to sleep before 8 pm on a Friday night, allowing early-bird residents and visitors alike to fall asleep to the sound of waves breaking on the shore; while the party atmosphere begins to build a 20 minute drive away in the many bars along Tyrell Bay.

It’s rumored that there are over 100 rum shops within its 34 km2 and while I certainly didn’t take the time to count them all, my observations over the day and a half I was there led me to believe the rumors might very well be true. A few of them stay open till the wee hours of the morning but overall the island is the epitome of serenity and it really is the perfect destination if you’re looking for a leisurely, tranquil, minimalistic vacation.

You can get to Carriacou from Grenada by air or sea. SVG Air flies between both islands daily but I always use the Osprey ferry service which is more economical in terms of cost ($160 EC return) if not time (less than two hours one way).

There are always taxis waiting for passengers as you exit the ferry terminal and you can hire one of them for the duration of your stay. However public transportation is hard to come by once you leave Hillsborough so I highly recommend renting a vehicle so you can move around freely on your own. Wayne’s Auto Rentals & Services is less than a 5 minute walk from the terminal and you can get a two-door Jimny for $143 EC a day.

After extensive research we decided to stay at the Mermaid Beach Hotel and were not disappointed. Tripadvisor reviews claimed it was the best hotel on the island and they were right. Recently renovated, the Mermaid has 22 rooms in total and the Standard room we stayed in was tastefully appointed, comfortable, clean, spacious and equipped with AC, a ceiling fan, cable television, Wifi and a spa-like bathroom.

It’s an easy 5 minute walk from the ferry terminal and there’s a restaurant and bar on the compound so you don’t have to go too far for food, drinks and entertainment. Not to mention, it’s right on the beach.

There are numerous beach options on Carriacou but I’m partial to Paradise Beach. Apart from looking like a scene straight out of a tourism commercial, it has several dining options and bars with restroom facilities, so it’s the closest you’ll come to an all-day beach on the island. It’s also a short boat ride away from Sandy Island…

If Carriacou is where you go to getaway, Sandy Island is where you go to completely disappear. At least for a little while. Just a couple hundred yards off Paradise Beach, Sandy Island is accessible only by boat and visitors are few and far between on any given day. Spend at least half a day at your leisure snorkeling over the reef and lounging on the shore under the shade of a coconut tree, like I did during my Great Escape to Sandy Island. There’s absolutely no infrastructure so you’ll truly be able to go off the grid.

The island is small enough to cover in less than a day and it’s almost impossible to get lost. Drive along the coast and discover beaches apart from Paradise Beach, like Anse La Roche; as well as take the mandatory ‘I was here’ shots in front of by one of the island’s famous, former windmills.

Views from the Fort

The fort is home to one of the most dramatic views of the island. The hospital is also located at this spot so it’s important to be quiet, but there’s no need for noise when you’re staring out at a vista that stretches the length of Carriacou’s west coast. It’s a beautiful site to visit any time of the day but get there in time to see the sun set and you won’t regret it!

Carriacou literally means ‘Isle of Reefs’ so there are many dive sites with diverse marine life worth exploring. There are several dive shops on the island but we had the absolutely pleasure of going down with Lumbadive, an operation run by Richard and Diane, a hilarious husband and wife team originally from Quebec. They’re very knowledgable about the sites and passionate about saving the reefs from the lionfish (so passionate that after Richard catches them, Diane makes jewelry out of their fins). We dived the Seaview, a shallow dive at 38 ft with a so many different species of fish and coral I didn’t know which way to look, and then we explored The Sisters, an amazing dive at 85 ft with the most brilliant colors I’d ever encountered underwater.

Off the Hook Bar & Grill

The food is made to order, arrives at your table hot, and tastes home cooked. The menu is limited but covers all the essentials – shrimp, catch of the day, chicken, lambi, ribs and pasta. It took us a little while to find Off the Hook Bar & Grill as its down a narrow track off the main road but we were greeted with the cutest beach spot when we finally arrived. Brightly colored beach chairs and picnic tables sprinkled along the sand provide a variety of seating options, a volleyball net stands tall for those who prefer that active lifestyle, and some kitschy, eclectic decor add just enough whimsy to tie it all together.

A chill spot on Tyrell Bay that’s open for lunch and dinner where you get great pizza and free wifi if you’re suffering from withdrawal. If you want to do your part to save the island’s reefs they also have several lionfish items on the menu – just ask.

A hearty Grenadian meal can always be had at Hardwood Restaurant and Bar and for a very reasonable price. The menu at this no frills spot on Paradise Beach isn’t extensive but I’ve enjoyed every meal I’ve had there over the years. It’s quite popular with residents as well as visitors and a convenient lunch spot if you’re spending the day on Paradise Beach.

This restaurant at the Mermaid Beach hotel serves a delicious breakfast menu with the most perfect pancakes I’ve ever tasted (topped with Grenada’s nutmeg syrup of course) and also opens for lunch and dinner. It looks right out onto the water and there’s an outdoor deck for you to truly appreciate the view, day and night.

Juicy homemade hamburgers, tender tuna steaks, fresh tomato salads and other items are on the restaurant’s menu which changes regularly. Situated in the old boatyard building, overlooking Tyrell bay, slipway its a popular spot for yachties but you’ll run into residents as well. Enjoy a meal while looking out at the boats entering and leaving the marina.

For all the exploring I’ve done, I know I still haven’t seen close to everything that Carriacou has to offer. Have you ever been? Share your favorite spots in the comments! 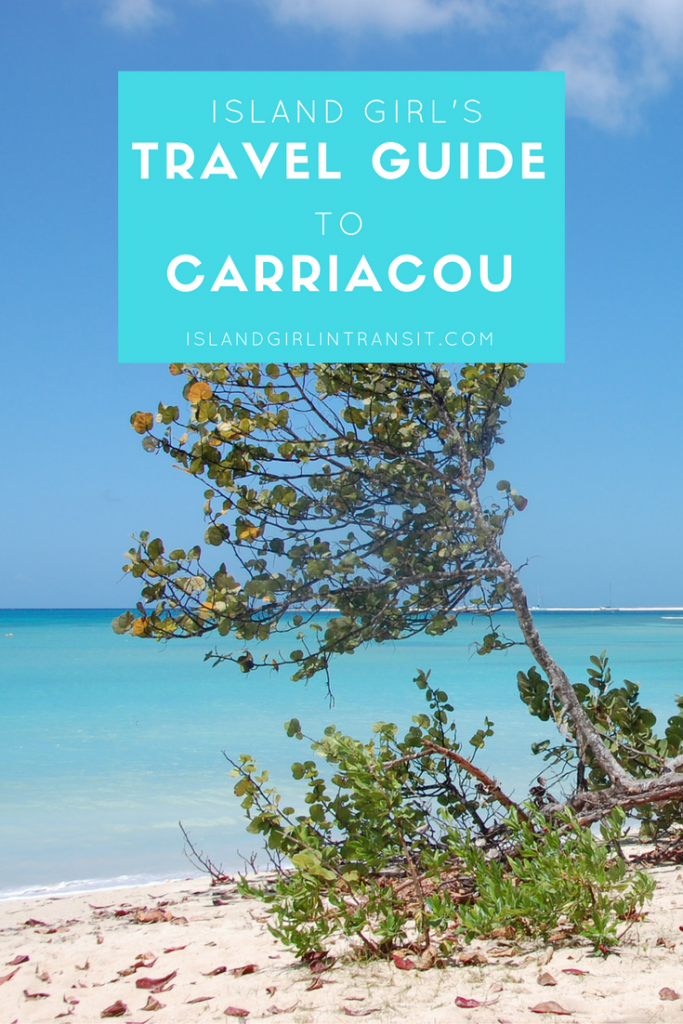 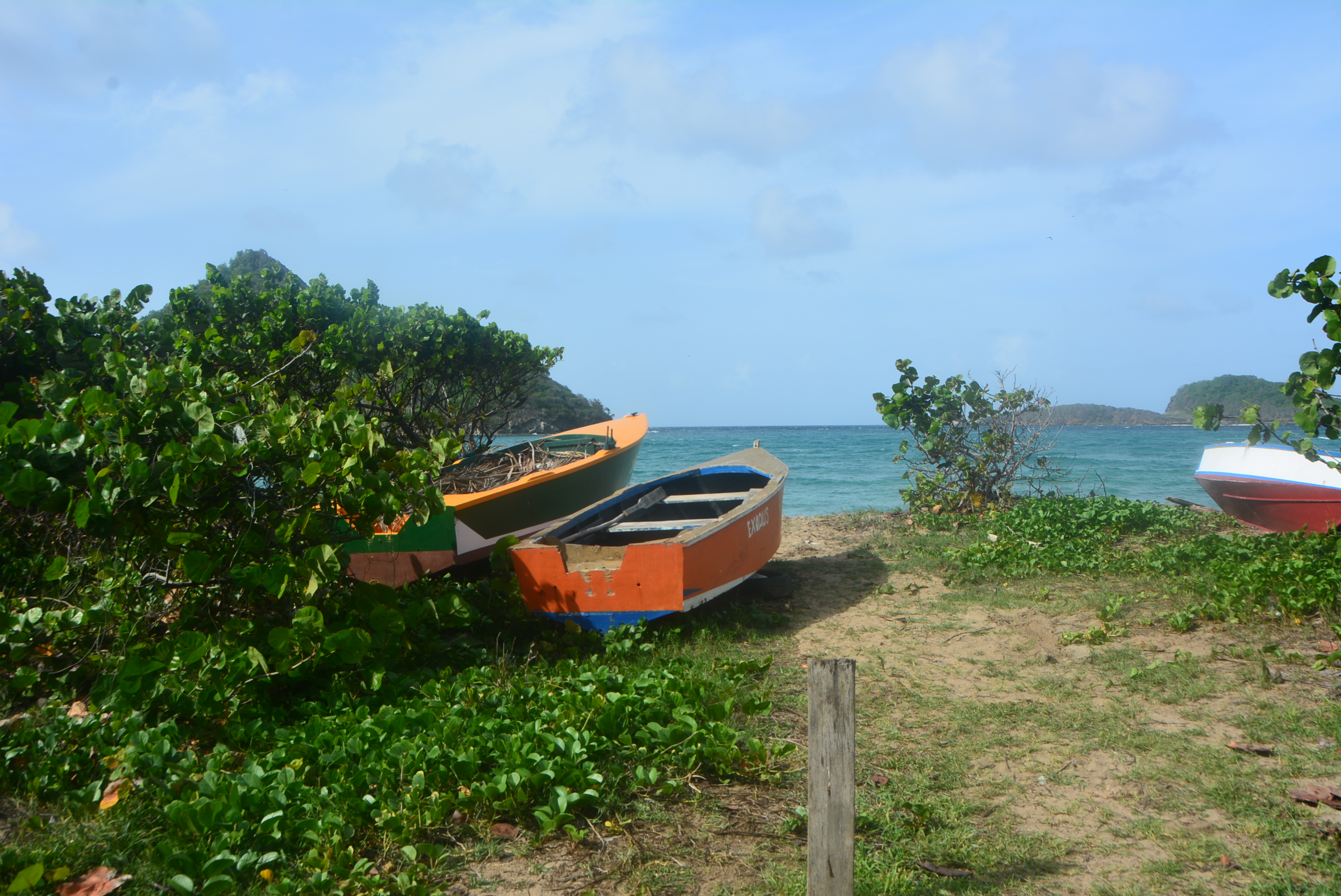 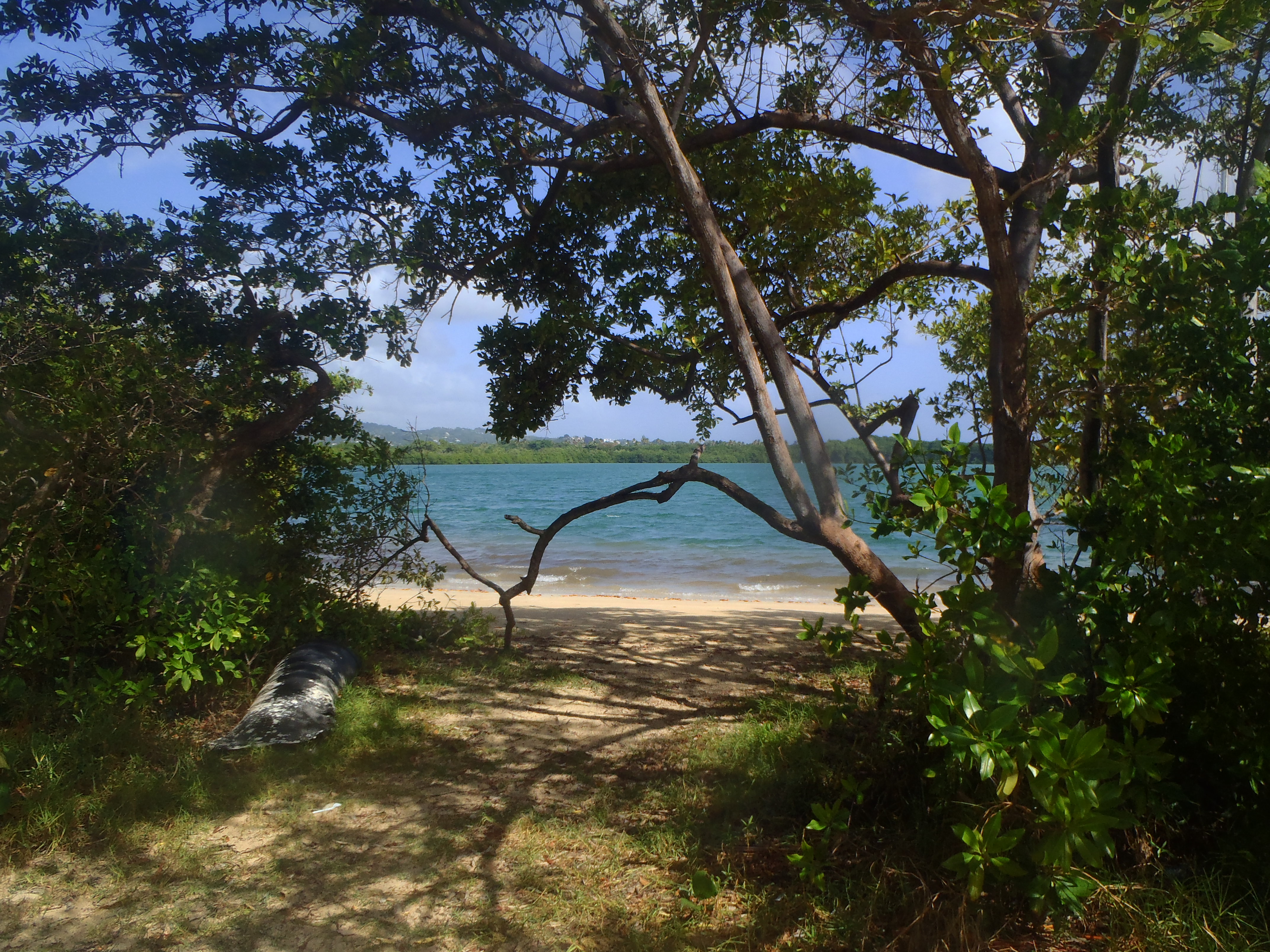 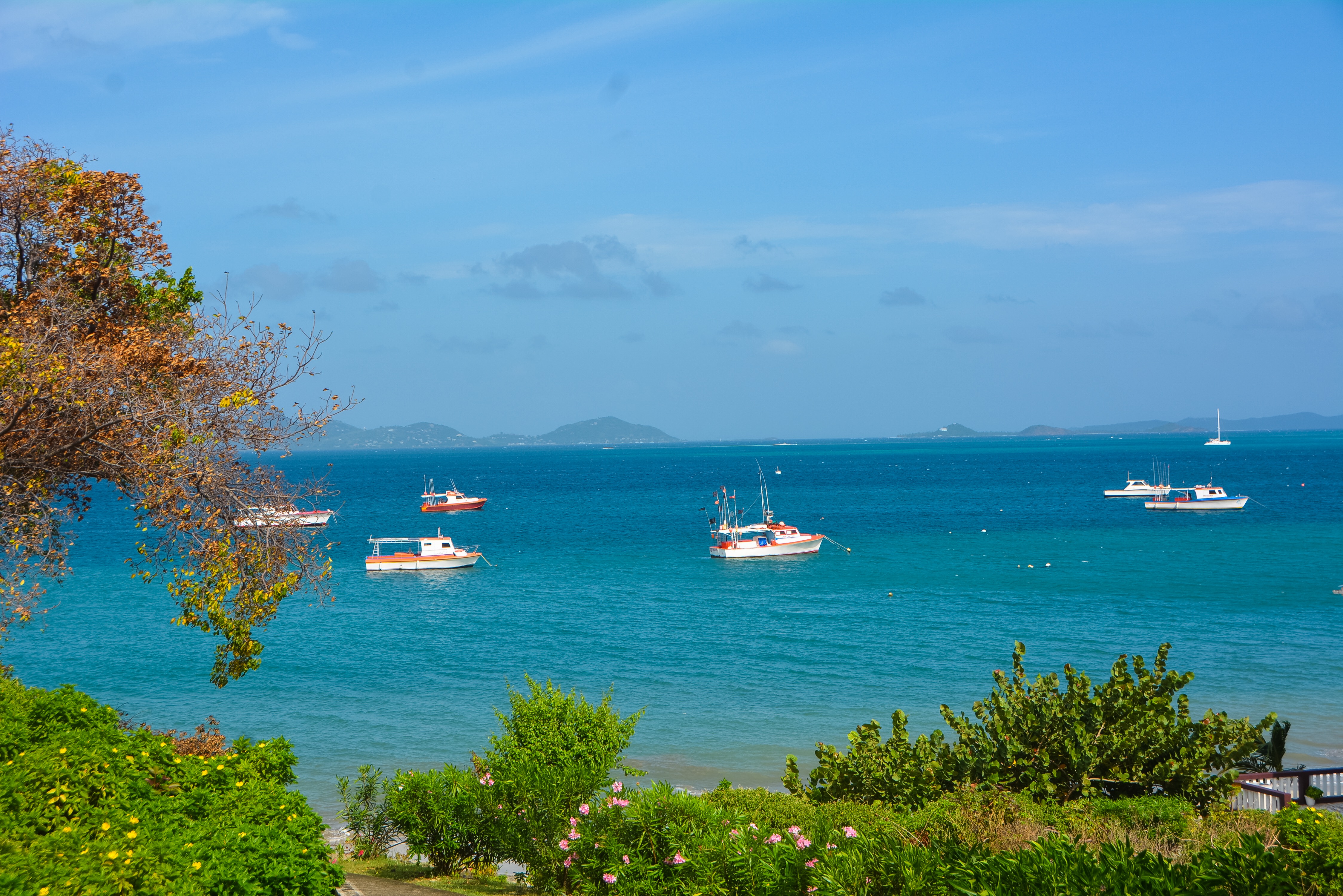